The skies over Kumamoto city were crying forcefully as we left our host families behind this morning. Despite our (too) short stay in the city, we left with heavy hearts. For the following 6-ish hours we traveled by bus from the Island of Kyushu to Honshu. Some were sleeping, others talking excitedly, sharing candy or enjoying the scenery. We ate lunch around noon next to the huge bridge that connects Kyushu and Honshu, and sat in a row with our obentos while enjoying the beautiful view of endless sea and mountains.

Around four thirty in the afternoon, we arrived at the Fureai hall Mito in Masuda. 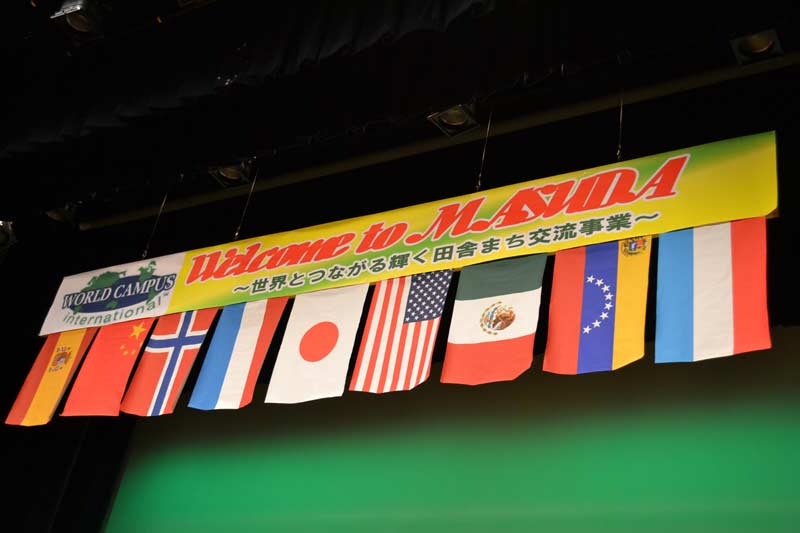 We were all a bit weary, and somewhat confused when we were told that the major were to attend the Host family welcome ceremony. However, we all turned “genki” again as we played a game together called “Ninja”; taking turns we jumped across the room trying to hit other people’s hands. It really wasn’t as brutal as it sounds (the final breakdown between Vaya and Kyle was very exciting, and the latter emerged as the victor).

The ceremony started with speeches from amongst others the major, and he sincerely welcomed us to the city. Afterwards each host family came up to the stage where we sat and called our names, we took a picture together and joined them in the audience. Then a local group performed two songs on Taiko – traditional Japanese drums. 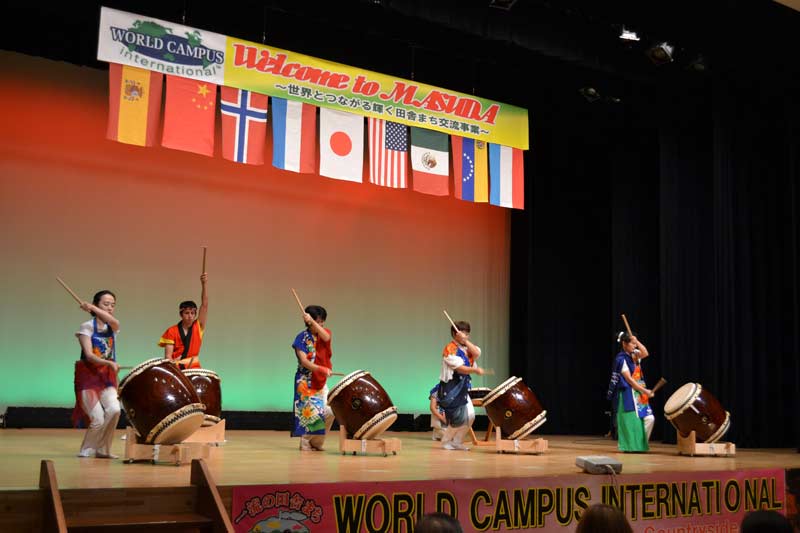 The first song was lively. But the second song, a lumberjack song, was truly powerful. A woman playing a small wooden flute did the opening part, the sharp and melodious tune taking us far far into the ancient forests of the Japanese country side. And the energy of the drummers – every strike felt like a thunderbolt splitting a tree trunk in half. Feeling somewhat awed after the performance, we left the hall with our new families….