This morning was a little bit chaotic. It was raining, and there was a lot of traffic, so nobody arrived on time. As most of us were here we went to visit the Director of the Tourism Department of Kumamoto, an enthusiastic man whose English was pretty good! After that we moved to the building where later this day the Arigato event would take place. We rehearsed for the Arigato Event and it soon became evening. People started coming in the event room. Although there were less people than in the last city – probably because it’s Monday today – it was so much fun! 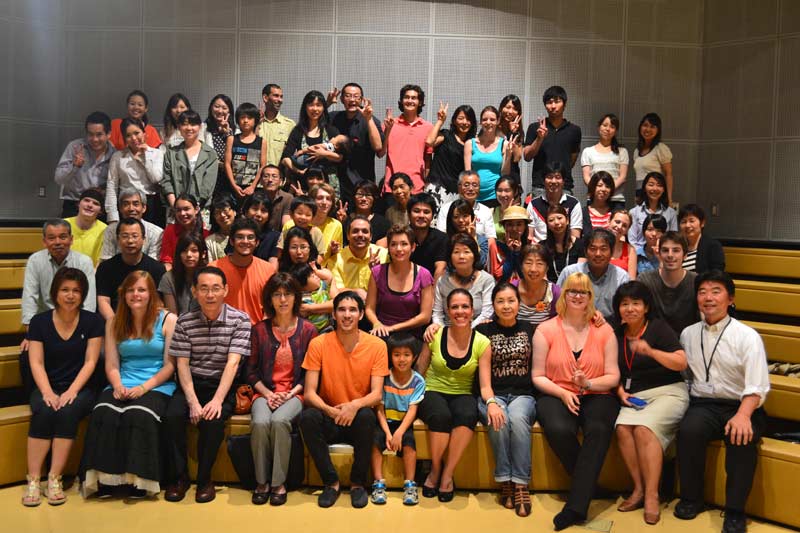