Today we split op in 4 groups and went to various places in kumamoto city accompanied by kumamoto university students. The 4 groups visited: the art museum, an old shopping district and university, the Kumamoto castle and an old town. The following are stories and impressions of the activities given by participants from different countries:

My group went to visit the Kumamoto art museum! It was super interesting because I bad never seen ancient native Japanese art before. The museum was surrounded by beautiful cherry trees, near Minamoto castle. After that we visited a shrine. The place had a kind of magical energy and you can feel the Japanese culture there… we had a lot of fun with the university studies who came with us!

Today I got to visit the famous castle of the city and prefecture of Kumamoto. I went there with 3 other WCI members as well as 5 members of the YMCA, who are Japanese students currently studying at Kumamoto University. They want to get in touch with foreign students by participating in an exchange program or by visiting another country short-term. We went to the castle on a very humid and rainy day. When we arrived at the castle we were completely soaked by rain and sweat. But when we were actually within the castle walls the rain stopped and our awesome tour began. We first visited the oldest part of the castle after which we went to the greater complex, the official hall where the officials would gather in the old days. 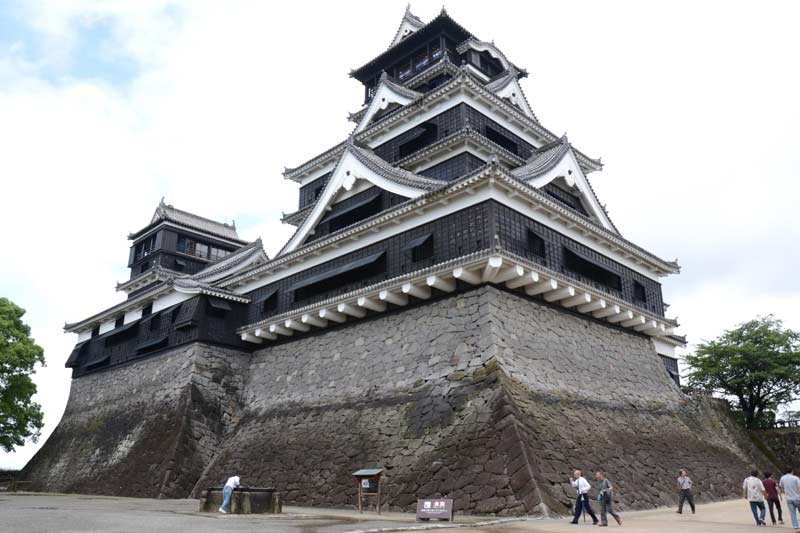 The interior is amazing and functions nowadays as a museum. The main tower is rather sober in it’s interior and shows the military of the castle. After we visited some other parts of the castle we wrapped up and went back to the YMCA building.

Today we went sightseeing in Kumamoto city with YMCA students. If they hadn’t been with us we would have gotten lost for sure. Among things we discovered was an antique Japanese secondhand store, which was rather cool! 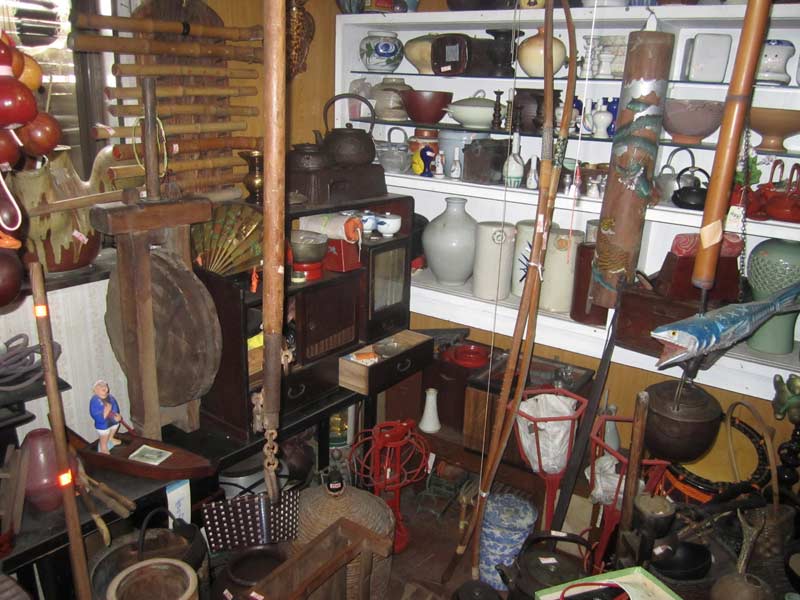 They had a wide range of items, from kimono’s, fans and umbrellas to dolls, pottery and wooden rafts, in short a lot of Japanese antiques! In general, we had a lot of fun just being together with the students, although it was rainy and we all ended up getting soaking wet.

This day our group went to an old town in Kumamoto city. Joining us were 3 Kumamoto university students, all majoring law. On the way to the old town we had a nice talk with them about various subjects about Japan and our own cultures. When we arrived at the old town we fled into a Scandinavian themed cafe and drank a variety of delicious drinks. Because there were European maps all over the table we talked about traveling a lot and talked about the various places that each of us visited. We learned a lot about our travel experiences and some of us found out new places in the world they want to go to someday. We walked around the old town for a bit when the rain started again. Luckily the leader of our group knew a place nearby that we could visit for a bit. The place was a ryokan, a typical Japanese hotel. What was special about this place was the basement. The basement was a special room for making t-shirts with some kind of wax-system. We were all really impressed in how beautiful the designs were. After having been shown this we all went back to the YMCA building while chatting some more with the Kumamoto university students.