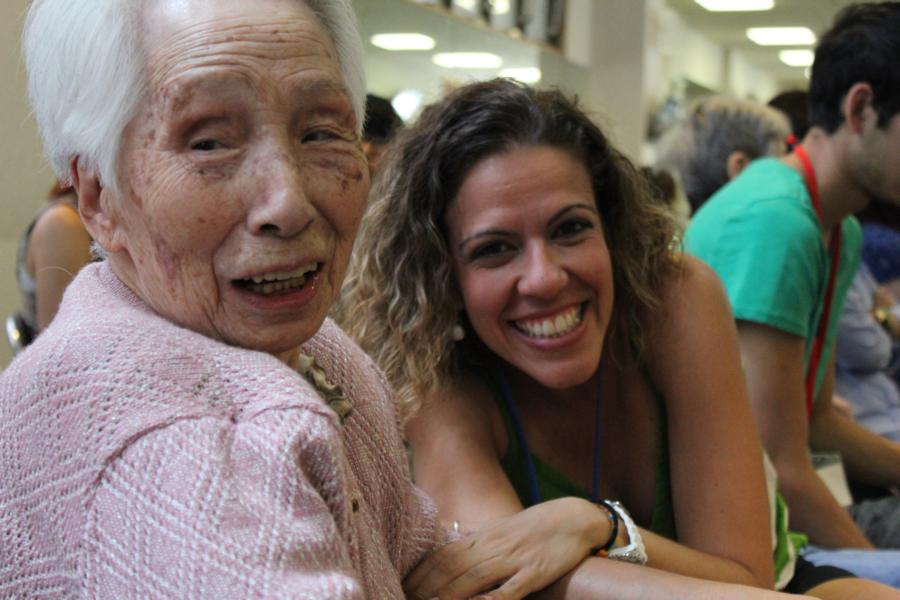 Today we visited muroo-en. A elderly home surrounded by mountains, fireflies and beautiful nature. We entered the building and immediately mingled with the elderly. The man who sat next to me had never met anyone from the Netherlands and we had an interesting talk about dutch culture and language. Soon after that all world campus members introduced themselves and their countries with some interesting or fun facts. Did you know that there are more bicycles than inhabitants in the Netherlands? – this is one of the facts about the Netherlands and especially for Japan, a country with lots of mountains, bicycles are pretty rare. After our self-introductions we played a short game with the elderly and then had a short tour around the facility. 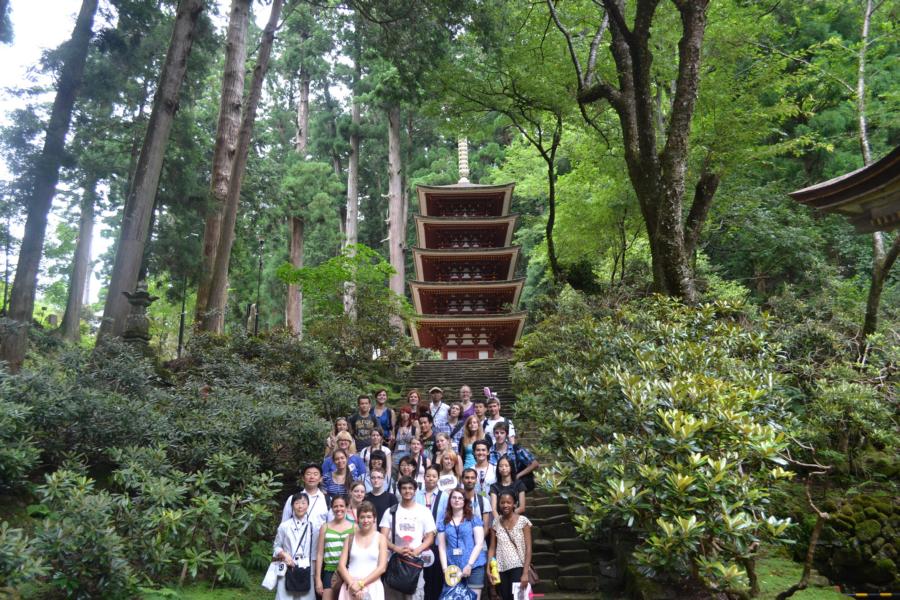 After lunch we visited muroo temple. A temple which is very famous for it’s long history, one of the first temples which females were allowed to visit and it’s 700 stairs. Especially the latter will stay with us for a while after.

Even though the Temple was very beautiful we had to struggle to get to the top. Finally there we visited the main temple and enjoyed the scenery from up high. The temple seemed really old and it’s wonderful to see that it was still in use like it was over a century ago. Going back down the 700 stairs I was talking to a Japanese woman from the YMCA of Nara who accompanied us. I asked her why all the statues were wearing red bibs and sometimes red hats. She was very eager to share her knowledge and explained me in full detail what she knew about it. It was a fun, interesting, but tiring day. The thing is, I slept so well that night!