On our first activity day in Uda, Nara we got to experience a form of zen meditation called “zazen”. Some days in advance I had already heard some rumours that there was going to be a man with some sort of whipping stick involved, hitting people if they were sitting in a wrong position or falling asleep, etc. Me being me (I’ve tried meditating before, but I always ended up tired after 10 seconds) I figured that I’d probably be one of the first being hit. 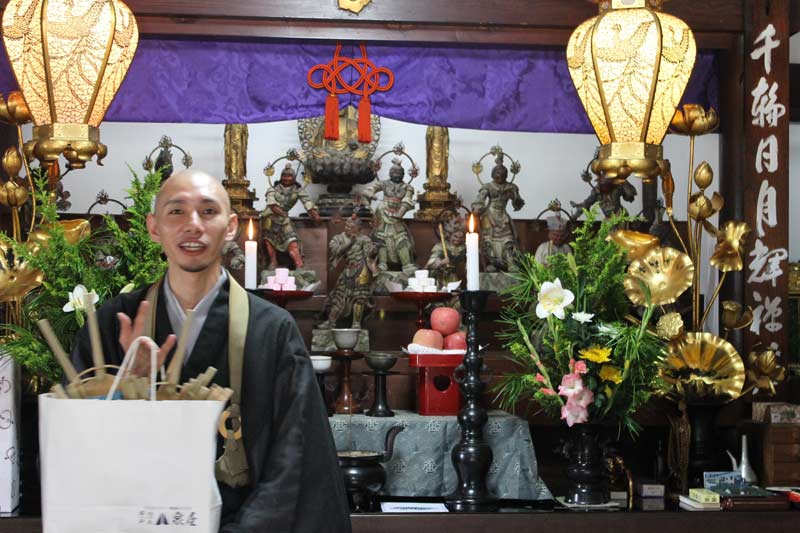 We drove up to this really nice temple called “Renshouzen-ji”, where we were met by the monk that was going to guide us through the zazen. The first thing we did before we started was to join our hands in prayer and bow to a statue of Buddha. We then proceeded to another room to begin the zazen. Already at the first part, where we learned the right way to sit, some people were having difficulties. We had to first put our right ankle on our left thigh, and then our left ankle on our right thigh, which can be REALLY hard. And painful. When meditating, we had to sit in this position without moving, with our backs very straight, not even moving our sight and – that was seemingly the most important part – not moving our thoughts. We were told to count our breathing from one to ten over and over again until the meditation was over. I’m not sure if there was even one person who managed to do this throughout the whole thing. We ended the zazen by bowing to the statue of Buddha again. 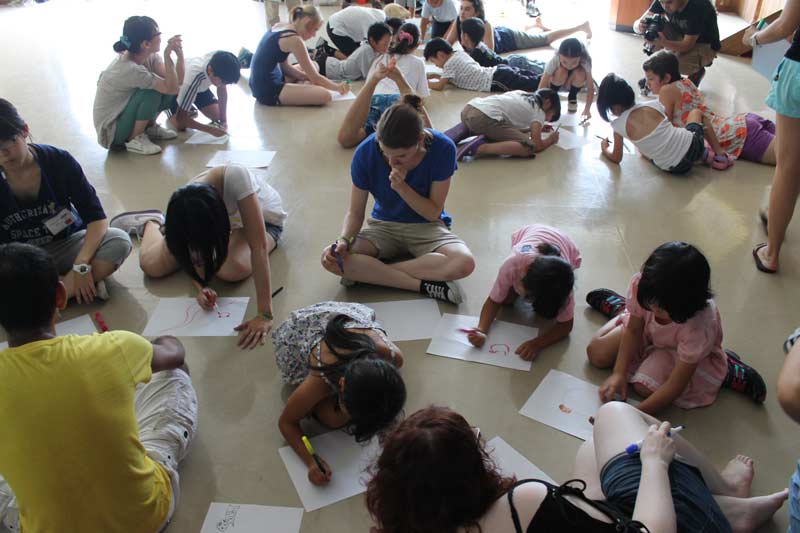 After having lunch, we met up with a bunch of elementary school kids and played lots of games from our countries with them! For about two hours the room was filled with running, screaming and laughter, a big contrast to the silence we experienced during the zazen earlier that day. We ended the day drawing personal flags. Soon the floor was covered with rainbows, animals, moustaches and whatever else people felt represented them. Oh, and everyone was given ice cream. That made me happy.