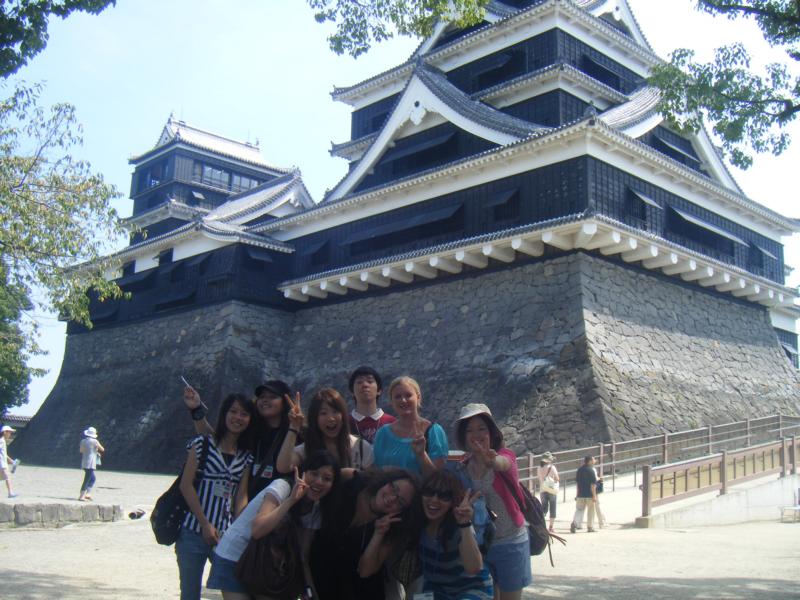 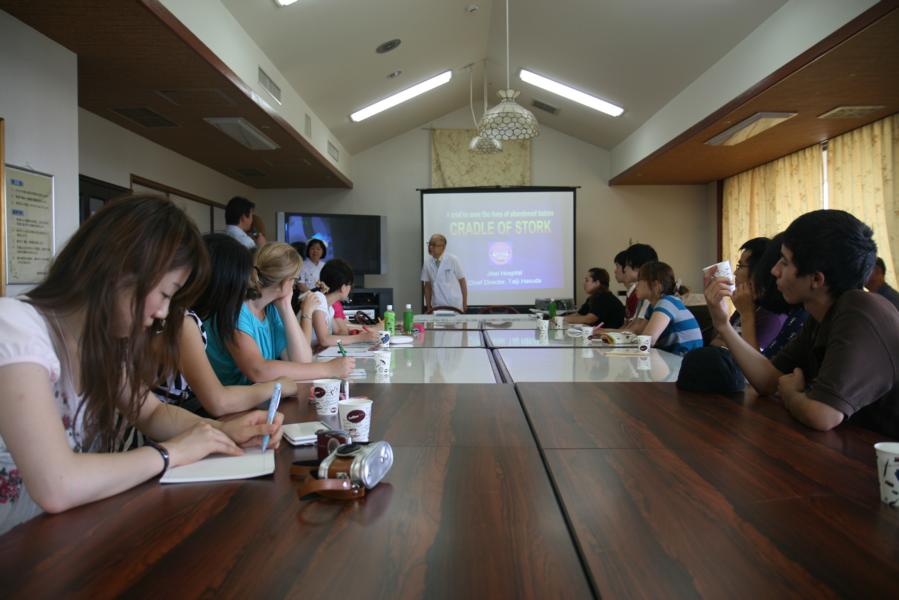 The start of this summer’s third program in Arao provided World Campus International members the opportunity to visit Kumamoto Castle! It is considered one of the strongest castles in Japan. Under the intense heat of the Japanese summer, we walked inside the fortress’ walls, which have withstood a 52-days siege. A guide explained the history of the castle to us and we were later able to explore the premises by ourselves through a scavenger hunt.

After a quick picnic lunch, we headed towards Jikei Hospital, a baby drop-off center that opened in May 2006. The ‘Cradle of Stork’ offers a safe environment for desperate parents to abandon their baby. The Cradle was founded as a ‘last resort system’ to save the lives of babies who would otherwise be left in unsafe environments. Taiji Hasuda, the chief director of the hospital and founder of hospital wishes such places did not exist. The hospital offers 24/7 counseling services to dispel mothers from leaving their children.

Since the establishment of the Cradle, 500 consultations have taken place, which is more than a 1000% increase. Despite its successes, the “Cradle” in Japan remains the only baby post in Japan and represents a controversial issue. In my opinion, the Cradle of Stork is an instrument in saving the lives of unwanted babies who might have been abandoned to perish. Such places are necessary in order to prevent dangerous situations. I think education on contraception and pregnancies, as well as support for expecting mothers and lifting some restrictions on abortions are important steps to resolve this complicated and controversial issue.