The first night at my host family is a fact. After having a delicious dinner and a nice shower I went to my room for a well needed night of sleep. To my surprise my host mom had already made me a futon ready to be slept on. I’m actually not supposed to say this, because I have a girlfriend, but… Me and my futon, it was love on first sight. I dropped on the futon and lay my head on the pillow. This was the point at which I understood that we would spend some great nights together the upcoming week.

But enough about my new love. Today was the day that we would start the preparations for the arigato event. The only problem was that almost nobody knew what we were supposed to do for this event. But after an explanation by the World Campus International Inc. staff everything got more clear. We had to dance and sing… hmmmm… well not my strongest points, but let’s give it a try! 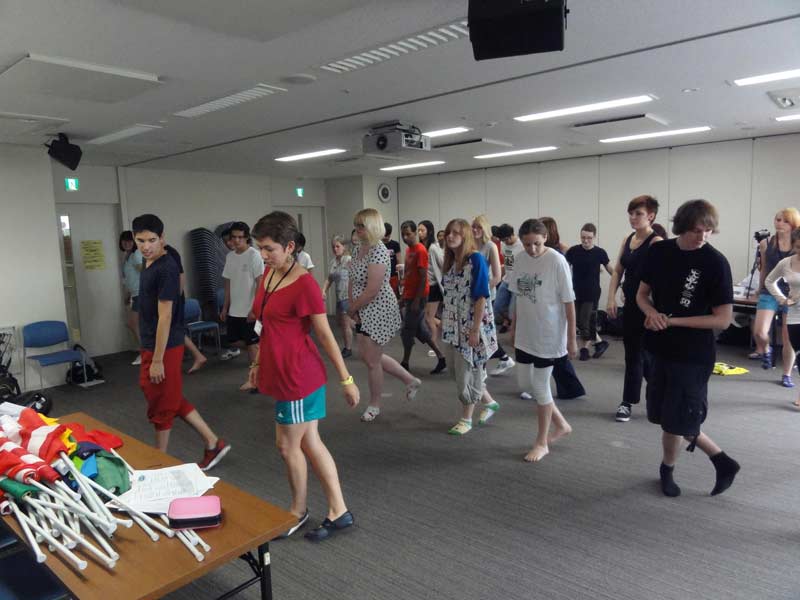 We started of with the lyrics from a song by a Japanese boy band followed by some dance moves and spectacular flag waving. We all got the hang of it pretty quickly. So… time to step up a pace. A Japanese song with sign language as dance moves was now to be learned. Since I’m not very skilled in the Japanese language it was rather hard. I’m probably not the only one who thinks so. But… with just a little more practice I’m sure that we will have a stunning performance. I can’t wait till day 3!!