Today started with a Japanese breakfast, consisting of rice with eggs, bacon, and salmon. After that my host mother showed me the way to the Suita station. She wanted to make sure that I wouldn’t get lost on the way.

After meeting up with the rest of the group, we set out with guides to see Suita city. The first stop was a shrine. Before we could go close to it we had to wash our hands and mouth. When we were “clean” we could walk closer to the shrine. 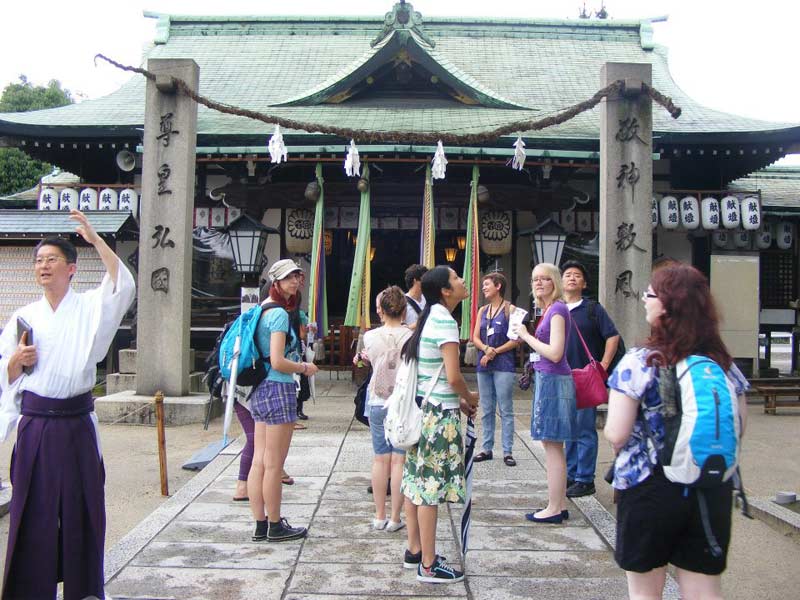 Then we had to bow two times, clap our hands two times, and bow again one time, and only then, we could pray. Only a few people prayed, but it included bowing, clapping, and ringing a big bell.

The next stop was a former home of a village chief. It is now used for exhibitions of the city, cultural activities, and local events. We saw where it was meant to have tea ceremonies, exhibition rooms, and a Danjiri (a float). The Danjiri was the most fascinating thing for me. It was made of wood where there had been cut a lot of figures in the shape of both humans and animals. It was very beautifully made. 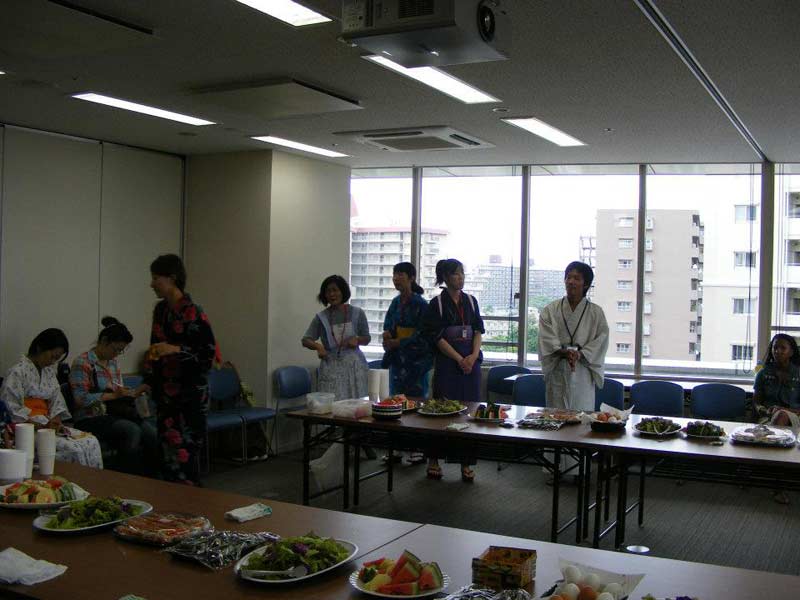 After that we went back to the Suita station to take the train to Yamada. When we came back, we were met by some people from Osaka who were all wearing kimonos. They had prepared lunch for us that consisted of sushi, salad, boiled eggs, two types of melon, and a dessert. It was very delicious!

After lunch we started learning the dances for the Japanese medley for the Arigato event. It was hard, but fun, and suddenly it was time to go back home to our host families.

When I came back I asked the eldest daughter to teach me some Japanese. I am one of those who can’t speak Japanese and it is very troublesome! So I should be able to tell people my name now – if I can remember the words.

The dinner was tamagoyaki, which is some egg-thing with octopus, and I must admit that it isn’t the best food I have tried so far. While eating I introduced the family to some Danish pop music. They seemed like they liked it, but I am not sure. After that I was introduced to some Japanese pop music and then I played some Korean songs for them. It was nice and we enjoyed ourselves so it ended up getting very late before I could take a shower and finally go to bed.