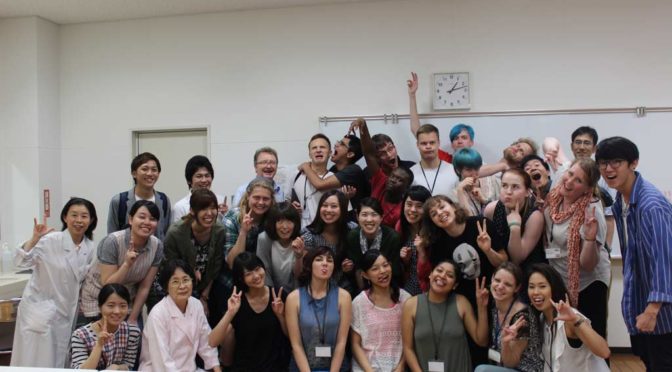 Pizza. Pizza can be a wonderful food. First invented in Naples, Italy at the dawn of the 19th century, pizza has been considered a traditionally western food since its inception. Eaten gratuitously in the United States, pizza has thrived as an American delicacy, evolving into many different styles with more toppings than there are stars in the sky(citation needed).

Given that description, giving pizza to an American in a foreign country is sort of like giving a Japanese person sushi or (even more heinous) giving a Dane a Danish; you don’t expect it to be anything new or exciting. However, against seemingly insurmountable odds, the afternoon I spent at University of Kumamoto shoving yeast and flour in a bottle and preparing the very food I knew the best felt more foreign to me than anything else.

Now, dear reader, as you may be thinking, “what is this impossibly handsome author talking about? He just said that pizza was the most American thing he could think of!” First off, thank you for the compliment, secondly it wasn’t just the pizza that made the day great silly, it was the people making it!

I don’t believe that there is anything that brings unfamiliar or even estranged people together more effectively than activities. That’s why even that skinny guy who wore eyeliner and tight pants in high school got up when an impromptu game of dodgeball was announced by the neighborhood kids, the fun of doing something with others is an addiction impossible to escape.

Within the blink of an eye, the Japanese of Kumamoto and the World Campus members of American and northern Europe were no longer from anywhere but planet Earth. We were singing and playing music and eating delicious food, bound together by nothing more than a mutual love for all of the above. So, when I look back on my day cooking pizza with my newfound friends of Kumamoto, it won’t be the pizza I’m remembering, but who I was eating it with.