Today we were granted the wonderful opportunity to visit the Nagasaki Memorial Museum. It was a bit rainy at first, but luckily that counteracted the immense heat from the previous days.

Everyone from WCI managed to fold at least 70 origami-cranes, I know I couldn’t have done so without the awesome help from my family. My host father folds really fast and even my 2 little sisters and my little brother helped folding the cranes, which made it a fun family activity. 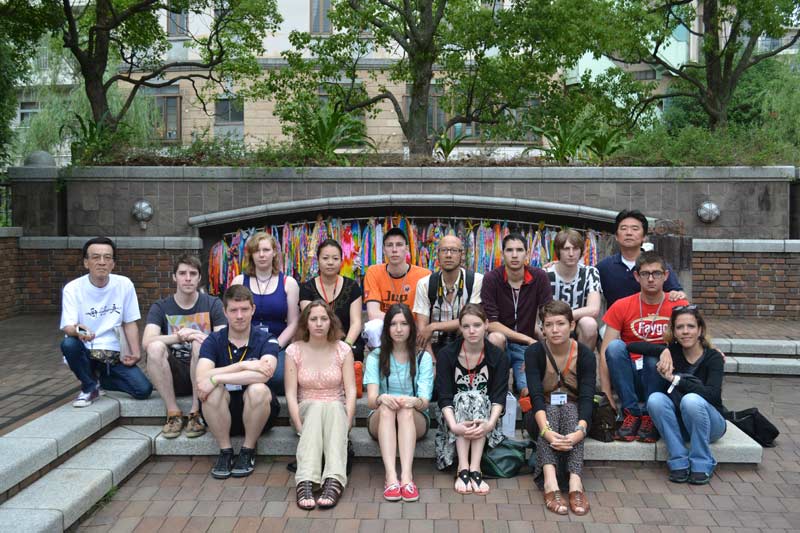 The Museum itself is an amazing building from the outside and the inside is impressive to say the least. Though I had learned about the dropping of the bombs in school many years ago, I felt like I knew nothing, walking past the various displays and exhibits. The immense horrors that the people of Nagasaki and Hiroshima had to go through were carefully displayed, along with some amazing stories of survivors and noteworthy people from that era.

Our guest speaker, Mr. Yamawaki-san, 78 years old, told us his story about when the bomb dropped 2 kilometers from his house in Nagasaki. His story was moving, touching and devastating. For instance the tale about his father who was working in a factory near the hypocenter of the bomb. I admire his perseverance and his will to honor his late father properly, together with his brothers (Yamawaki-san was 11 years old at the time). 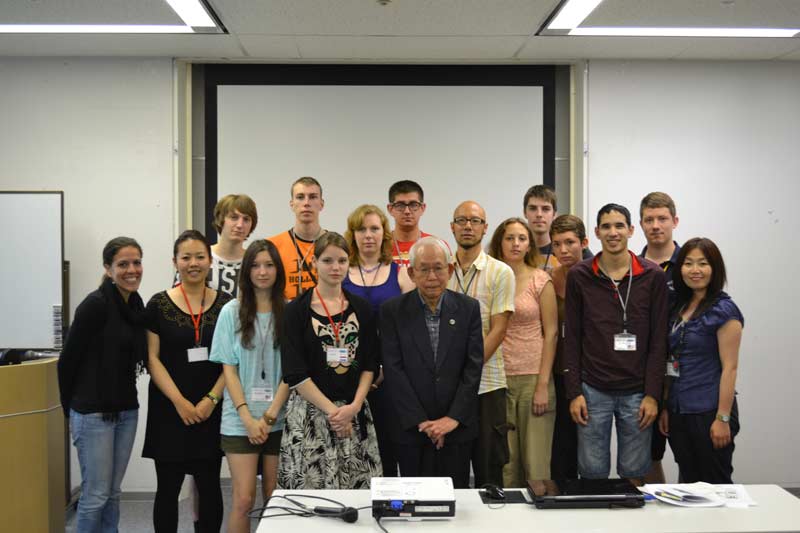 I also admire his ability to carry on with his life and to be able to speak to so many people about the moments after the bomb dropped. Even more the fact that he is able to tell his tale to foreigners like us who essentially have no idea what the people had to go through.

(I myself only knew the facts, I had never really thought of the survivors and what they had and still have to go through. Like Yamawaki-san who now still shows signs of radiation poisoning)

After we had visited the museum and shared our feelings and visions with the WCI group, we visited the Nagasaki Peace Park (Heiwa Kouen), where I was immediately impressed by the giant statue pointing up and yonder. Unfortunately it was still raining and after we took a group photo we went back on the bus to hit the art museum in Nagasaki.

Yamawaki-san left a giant impression on me, being able to pick up his life and share his story with anyone willing to pay attention. The following question asked by a WCI-participant impressed me a lot and made us all think about our role in all of this:

“What can we do as younger generation to avoid facing these horrible events in the future?”

“Share your knowledge, what you have learned today and what you find important in life, share this knowledge with everyone to make sure everyone understands what happened and to make sure that this will never happen again.”