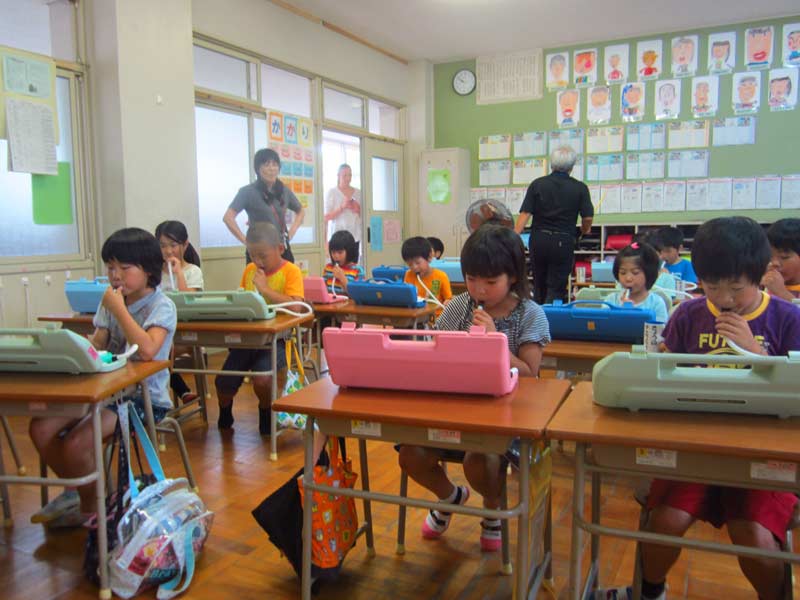 Today we went to Midorigaoka elementary school. It was a lot of fun! Our group of nineteen was split up into three smaller groups, that each had a class of their own. Each class had some special activities planned for us.

We started the day with the younger kids. We sang a lot of songs together and played some games like ‘London Bridge is falling down’. We even wrote wishes for the Tanabata Matsuri with the children, and had a calligraphy lesson. Around and after lunch we joined the older children with their English lessons. Because English is really hard for Japanese to learn, it was completely different from our English lessons in The Netherlands. It was really interesting to see the difference. After lunch we gave a short thank-you event for the children. We introduced our countries to them by playing a maru/batsu game (yes or no game). I think they really enjoyed it, since they almost shouted every answer at us, and were really excited when they answered our questions right. Although it was a bit too hot to jump and dance around, it was a lot of fun to see the children participating with us. It’s funny to see how music can actually lower the wall that exists between people of different countries and cultures. 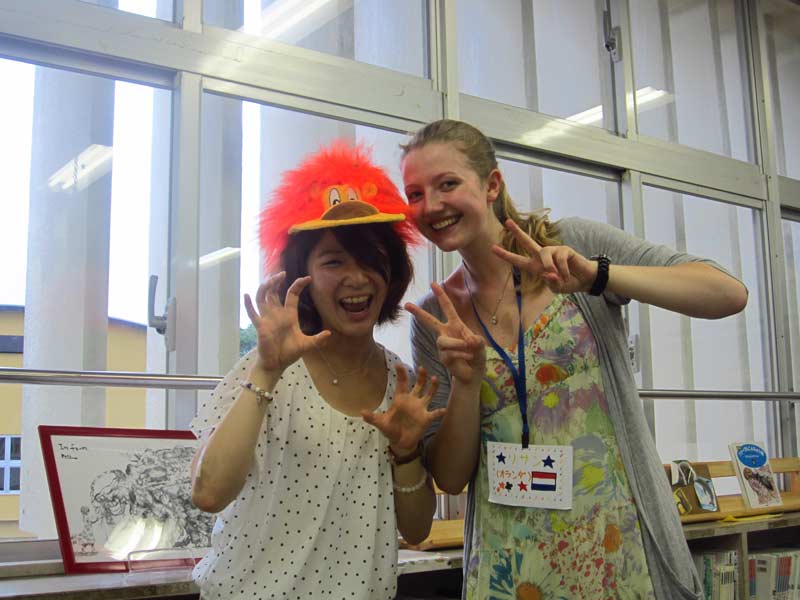 What I liked the most about today was how the children interacted with us, a bunch of complete strangers. Although some of them were shy in the beginning, they became really excited and energetic when they spoke privately with us. During lunchtime, we each ate in a different class. The children in my class had prepared a special chair for me and were so excited to see me. They kept asking questions about my favorite food, music, insects, etc. The language or culture barrier was totally not a problem during this time. They were generally happy to see me and wanted to play with me. It really touched my heart, they were all so sweet. I would like to return next year and play with them again!

One thought on “Midorigaoka elementary school”