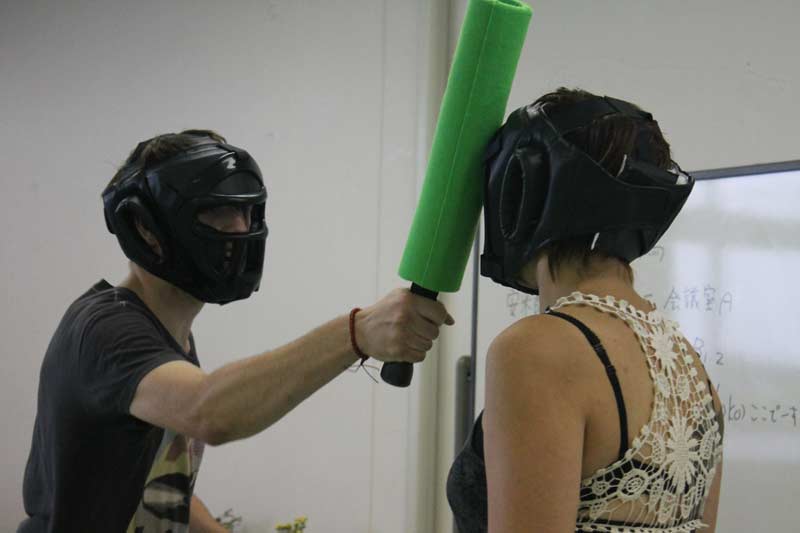 We started the day with making our own Obentou – lunchbox. It became a small piece of art – some made rice balls with faces almost too cute to eat. Then we split up into five groups; two days in advance, we had written our names on one of five lists, choosing one traditional Japanese performing art that we wanted to learns more about. One group tried Chanbara: You fight with a fake sword while wearing a balloon on the head and one in a strap around one thigh. The goal was to pop either one of the opponent’s balloon. The group had a competition in which I believe Daniel emerged as the victor. 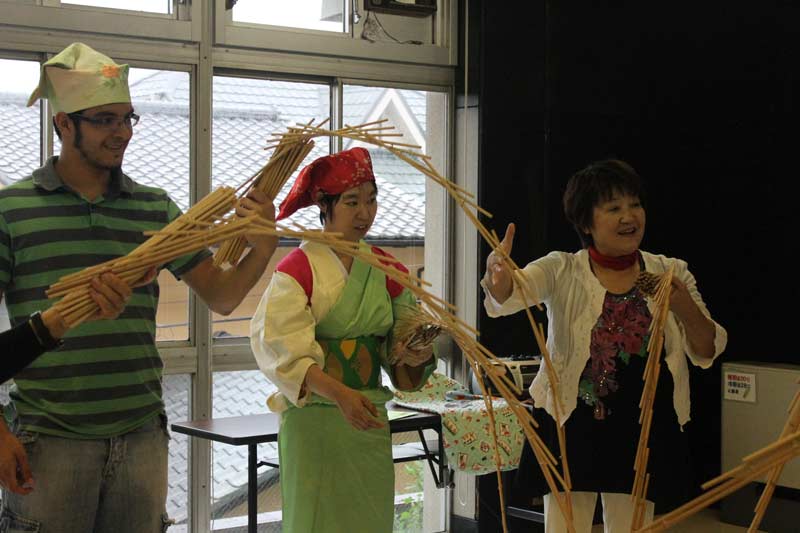 Two groups learned to play one song on Japanese instruments. One group on the Koto – a string instrument shaped to look similar to a dragon. The song they learned was “Sakura”, a widely know song in Japan. The other group played the Taiko – large Japanese drums. Both the stance of the drummer and the rhythm is important.The fourth group practiced Nankin tamasudare. In short, this is a sort of dance with a sushi rolling mat. During the performance, one person sings what the performers are about to make with their sushi rolling mats. The rhythm of the singing is very catchy, and the shapes the mats can make are impressive. 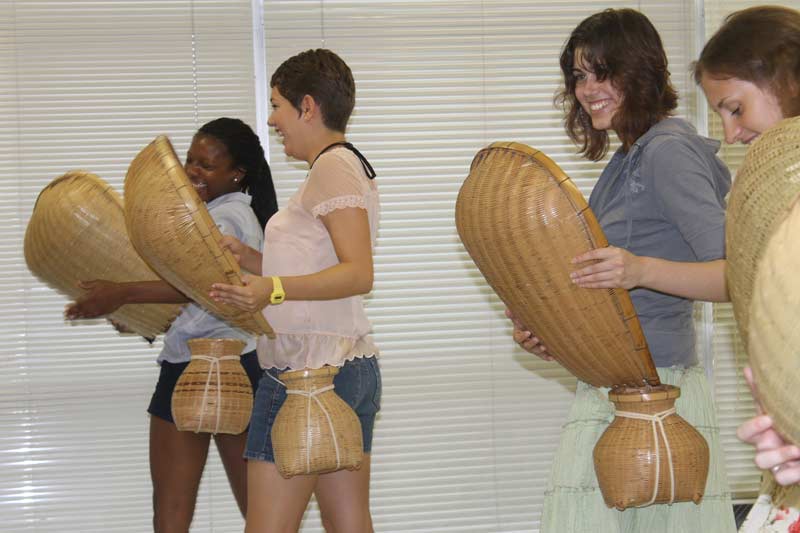 I was part of the last group, which danced Yasugibushi. Both this dance and the Soran Bushi that we do during the Arigatou event, are traditional fisherman dances. However, the purpose of Yasugibushi is to be funny for the audience to watch. We all wore a small bamboo basket tied around our hips, and we carried a larger, flat basket. Then we danced a story about going fishing, catching fish – which sometimes escaped our baskets so we had to run after them – and being bitten by mosquitoes. And we had to walk with our knees and backs bent and move our hips while we walked – which undeniably looked ridiculous (which after all was the purpose of the dance). And we all had a lot of fun learning the dance and watching each other. I can’t wait for Thursday to see the other groups show us what they’ve learned, and I hope they’ll enjoy our performance.