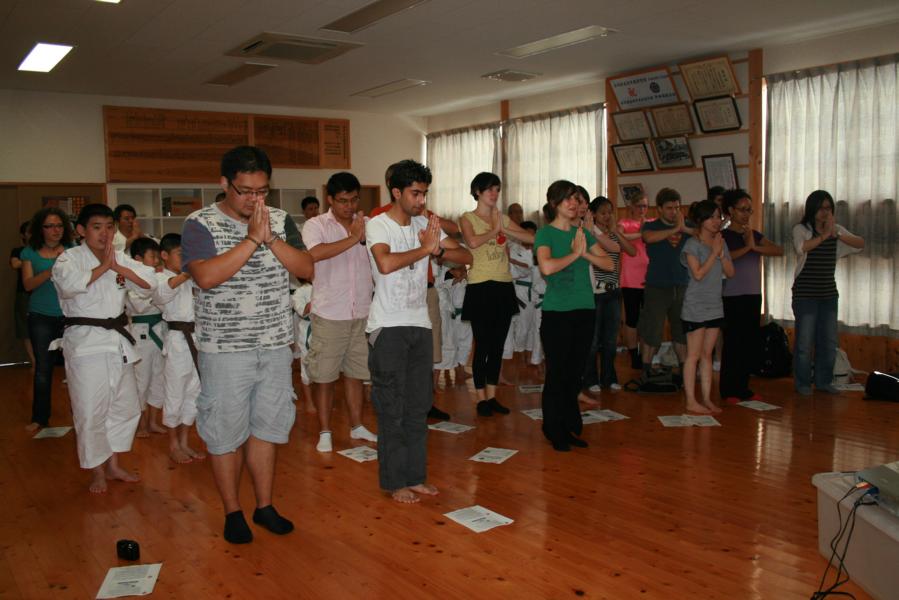 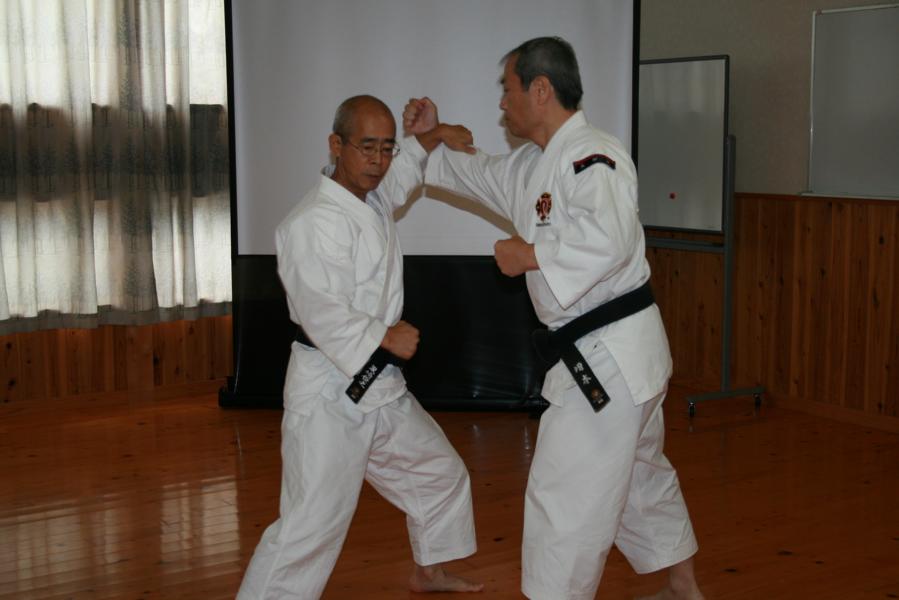 It was such a cool experience visiting Shorinji Kempo! All that we did made my day; Lecture on a great martial arts style, chicken curry lunch (I ate 4 bowls of rice with it!), learning the routines and real techniques of grabbing & kicking, practicing them with my fellow WCI members, and finally just hanging out with the Sensei and disciples who were mostly lovely Japanese kids! I got to know and learn another great martial arts style apart from Kung Fu, Karate, and Judo. Moreover, I gained a sense of Japanese manner and culture from Shorinji.

With “Goho, Juho, and Seiho”, Shorinji Kempo maintains characteristics of various martial arts styles such as Tai Chi, Karate, and Aikido, and it requires the uniform of physical fitness and Zen, which is high state of mind. Since I practice Chinese martial arts and Shorinji Kempo is named after the famous Chinese martial arts school Shaolin Temple, I was able to quickly understand the philosophy behind the fighting skills, which combines the idea of developing personal strengths both physically and mentally and great courage to protect people and a strong sense of justice.

From the way of greetings or the chinkon practice, on the other hand, we saw Japanese manner and discipline. Manner plays such an important role in Japanese society, so greetings are so important in this way. Show respect to rivals before practicing, perform routine of Chinkon Gyo all together, and keep in mind that happiness is half for oneself and half for others. Shorinji Kempo totally shows the features of Japanese culture.

Apart from the martial art itself, meeting the Shorinji masters and students per se is such a fun and worthwhile experience. Take me as an example that I felt so gracious to meet two 8 year-old students, and we quickly made good friends to each other. Without a language in common, we had a poke war to start with, and then we turned to rivals for Kempo practice. They taught me several moves and asked me in Japanese some questions about China, so I lifted him up over my shoulder in return, which seemed to be a lot of fun for him and tried to answer their questions with my shabby Japanese. As the mother of the student later told me, he likes China very much and had learned a lot of stuff about that. This sheer international friendship was already more than enough to make my day!