After the usual morning meeting, we were joined by two groups of cheerful seniors. The first group taught us how to do the Kappa dance for the Kappa festival later this week. A Kappa is a Japanese legendary water creature that looks like a combination of a frog, duck and human (sounds like a Pokemon). Apparently it has a plate on its head to keep itself moist at all times. The movements of the dance were accordingly inspired by the Kappa – like raising our hand to our head to fill the plate, pretending to swim, etc. Basically, we learned the dance by forming two circles, whereas the Kappa group seniors made the inner circle and we the outer one. Then we mimicked their movements until we sort of got the hang of it. 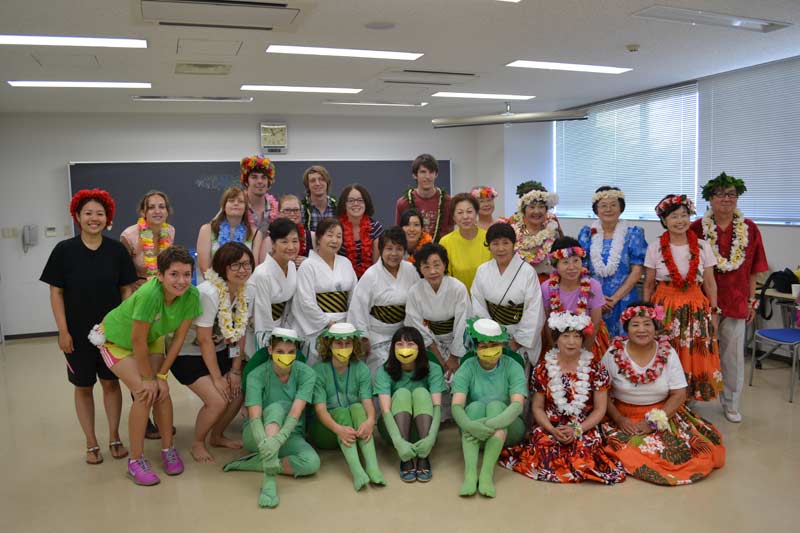 The other group consisted of a lot of smiling old ladies and two elderly gentlemen who practiced Hawaiian dance as a hobby. First they showed us a couple of dances. The music created a good mood and the image of white beaches and tranquil ocean. They explained that the movements of the dance were similar to sign language, and the dance they taught us afterwards represented a love story. The most fun part of the day was probably when the three WCI guys and the two gentlemen from the group (had to) perform that dance in front of the girls (that outnumbered them by far). There are videos of it available, apparently. 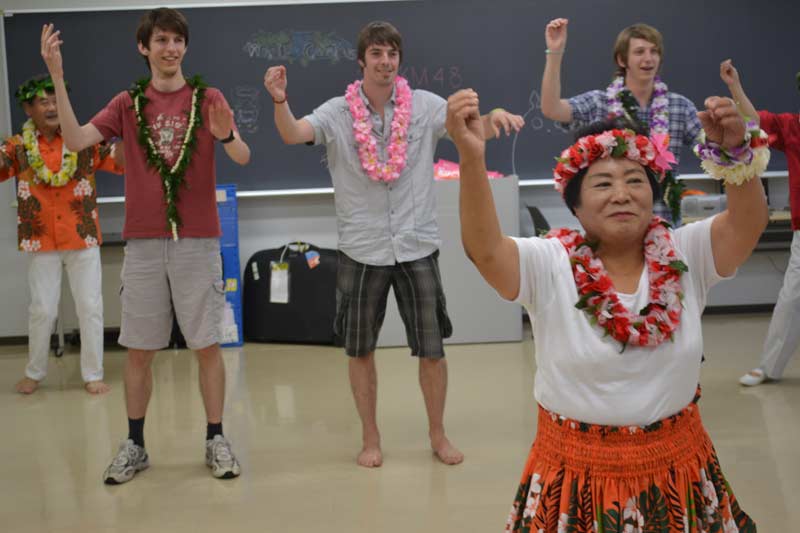 We spent the last part of the day practicing the dances for the upcoming Arigatou Event. Despite having spent a lot of time dancing already, people were focused and determined to learn this as well. I am positive that their effort will pay off on the Arigatou Event day and later at the Kappa festival.