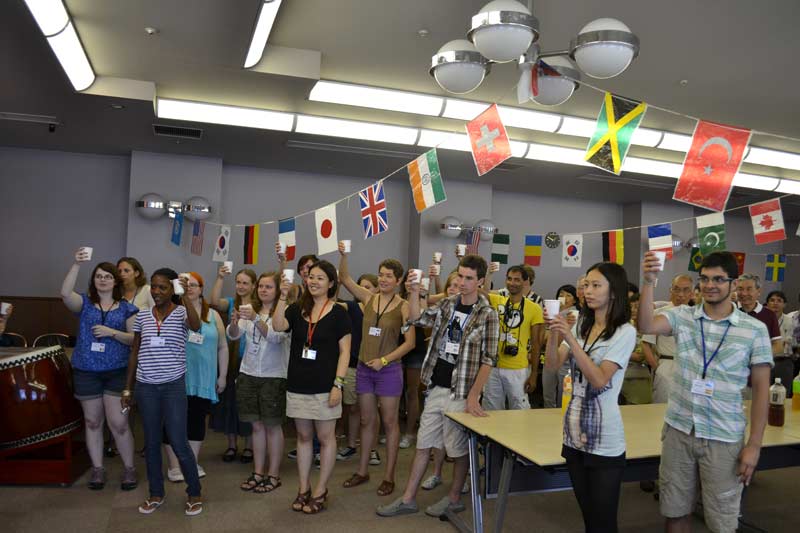 In the Pantheon Tama there would be a potluck party for us. It was organized by a local group of ‘older’ people who are learning languages. When we came in, it was like we were celebrities. There were a lot of people, and we of world campus had to walk through them in a row and received a big applause. After the formalities the party started. There were 4 tables full of all sorts of delicious Japanese food. In the beginning I was uncertain how I would start to communicate with people of the local group, but that wasn’t necessary. Everywhere where you just stood, people would come to you and start a conversation and you had to struggle you out of it to be able to eat, which was fun. 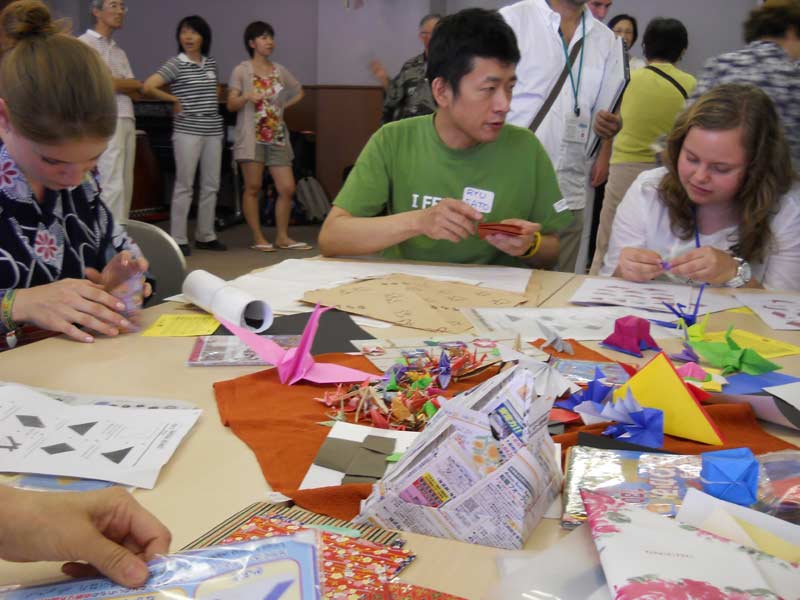 When every tummy was full, the group organized activities to get to know the Japanese cultural side. The first thing I tried was the Soroban (abacus). This was so much fun, to get to learn how to use such an old and useful instrument and how ingenious people where to get up with such a device. After this I got dressed up in a Yukata. Then I got to do calligraphy. We also played a Japanese sumo game; you have boxes of different sizes, with on top a circle and two sumo players of paper, and you tap on the sides to throw of the opponents sumo player. Basically you smash on the box and with that you’ll see who the winner is. Then I experienced how to create tea correctly for a tea ceremony. And I finished with writing a wish on a paper and hang it in a tree. So it was a fun, yummy and educational day with a lot of nice people.