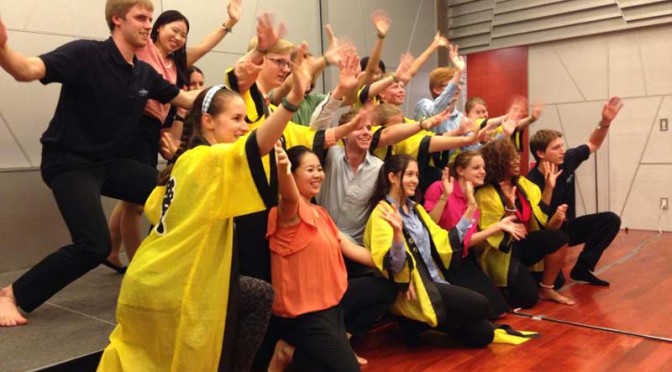 Yesterday concluded a beautiful chapter of my life. Though I have experienced enough in the last two months to fill in a few years’ worth, I can’t help but feel that this amazing experience came to an end prematurely. As it is for most days in Japan, yesterday’s schedule was quite filled. The Tama community organized an event in which all WCI members got to present their countries to the Japanese youth. After this warm interaction, we moved on to our Thank You event, which consists of dances, musical performances, and other playful activities. It aims to show our gratefulness to all of those involved with the WCI program. This was for me the last of 8 events of this kind, and undoubtedly, it was the most emotional of all; as a mix of joy and nostalgia were present throughout the night. In the last few weeks WCI has become a family to me. We have played together, laughed together, cooked together, and discovered tasty foods together. We have sung together, danced together, and signed a ridiculous amount of thank you cards together. We have been happy together, and we have been sad to say goodbye to each other. Now I hope we take all of this home and make the world a better place together. Love to all my WCI family and everyone who was involved with the program. Thank you Hiro Nishimura for allowing us to live this experience. From the bottom of my silly canadian heart! 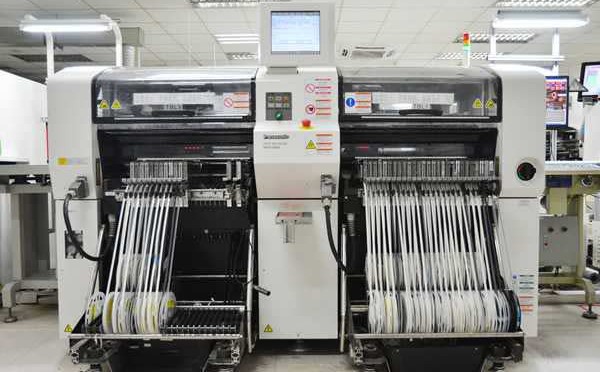 Today, we were allowed by the JUKI group to tour their facilities. Mainly, they demonstrated how their signature industrial and home model sewing machines worked. It was quite amazing to see all of the ingenuity behind machinery that mostly sits in the back of people’s houses. However, we were given the opportunity to see them in action. Some of us used the machines to sew buttons and others fixed some holes or sewed sturdy stitches. This all paled in comparison to the machine that sewed an entire suit pocket or a suit front all in about a second! This is work, that when done by a human instead of the machine, would require at least half an hour. But this machine did it with care and very fast. It was a surprise to see that the same technology that is used in the big automatic sewing machines was also used to mount chips and other parts onto circuit boards. All in all I learned a lot today and it was a lot of fun! 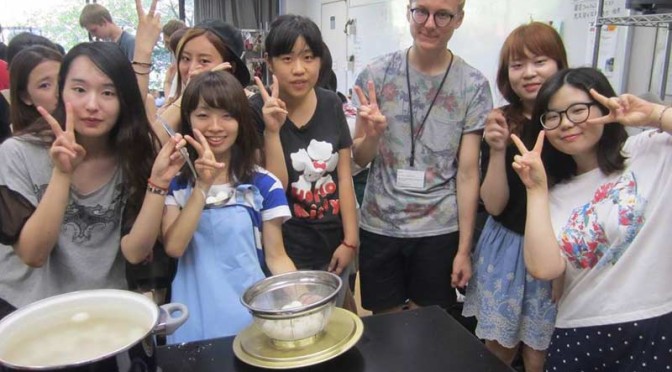 This day half of the participants went to Keisen University. It is a women’s only university, and it’s also a Christian (protestant) university. First we went to see a field next to the university where the students were growing different types of crop. We then went to the school church, where we got an explanation about the university. Among other things, the university focused on Christianity, peace and agriculture. It was explained that every student got a small part of the field we had seen as a freshman of the university, and they were responsible for the crop in that area. This was a very new to me, and I found it to be very interesting. Afterwards, we went to make dango with the students. Dango is a strange, squishy, Japanese sweet made from rice flour. As there were also Korean and Chinese exchange students at the university, we also ate a lot of Korean and Chinese sweets that were brought to us. There were all kinds of varieties that I had never seen before, but most of it was really good. We had a fun time with the students, speaking in a mix of Japanese and English. In the end it was a great day and I think most of us made some new friends! 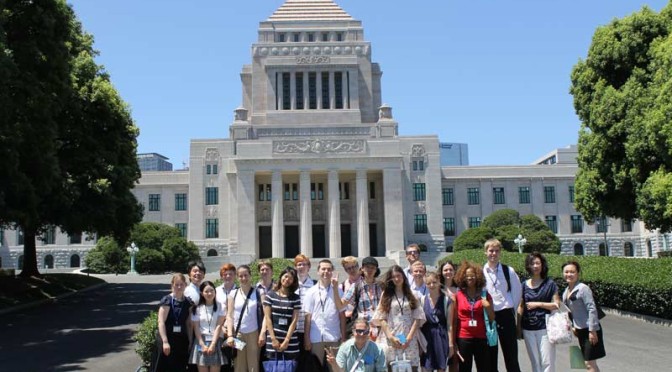 Hello readers!
Today we had lots of farewells and meetings.
In the morning, we said good-bye to our host families in Abiko, and it was really hard to part from them. We learned about Abiko city and had lots of awesome time with local people. Although I am Japanese, I was also able to learn about Japanese culture that I had never experienced, such as “Shakyo (copying of sutras)”, Kaiawase (a Heian period game which involved pairing the two parts of clamshells)” and so on. The nine days we spent with our host family have become an unforgettable memory of our lives.

After saying good-bye to our host families, we moved to the last city of session four, Tama. On the way to Tama, we went to the national diet building. I often see the exterior of the building and its inside on TV, but it’s the first time for me to see it with my own eyes. I was surprised and the magnificence of the sight took my breath away. The area of the site is 103,001 square meters, so it is such an imposing building!

We entered the building and we looked down into the central hall. The central entrance usually remains closed, but beyond the central entrance lies the central hall, which is located directly under the central tower. The hall has a floor area of about 267 square meters, and the cathedral-like ceiling rises four stories high, admitting daylight from above, making the hall about 32 meters high. The windows and ceiling are decorated with beautiful stained glass, and the hall contains bronze statues of Hirobumi Ito (the first prime minister). Then we saw the emperor’s room which was used by his majesty the emperor when he visited the Diet. The room is made entirely of Japanese cypress finished with fine lacquer and is said to be the quintessence of the architecture and craftsmanship of that era. I was surprised at the red carpet, which has a total length of about 4 kilometers. After that, we entered the chamber of the House of Representatives. In this chamber, the house of representatives holds its plenary sittings. We sat down and got an explanation about the chamber. It was a good opportunity to learn about the Japanese politics system.

We left there and then went on our way to Tama city! Here we met with the final host families! The places you go to are only as great as the people you meet; in that regards Japan is quite unique. I have been interacting with people all over the country for the last 2 months, and still now their kindness and benevolence keeps surprising me. Yesterday, we visited a university on the outskirt of Tokyo. There, we interacted with students from various schools and backgrounds. Together we experienced Furoshiki: a traditional Japanese art that consists of folding clothes to create bags that allow for easy transportation of everyday life objects. Learning together with the Japanese student allowed us to bond rapidly. We spent the day doing fun activities, and by the time we left it felt as though we had known each other for much more than a day. The people we met yesterday were genuinely kind, curious, interested and playful. I thank them for making yesterday such a beautiful day. And I hope their imprint stays with all WCI members so that we can work together for a better tomorrow.