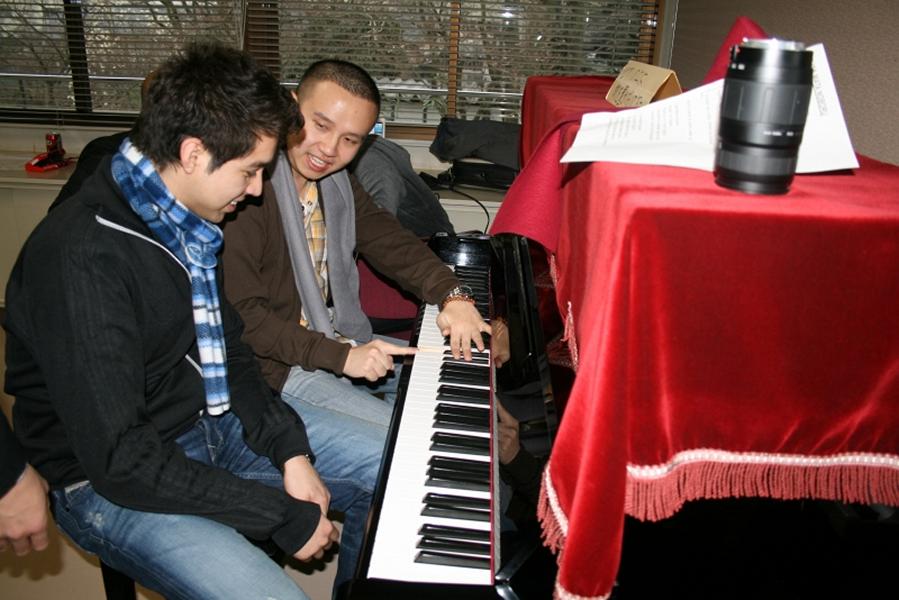 World Campus – Japan participants share everything. We share our foods, drinks, feelings, cultures, talents and even the occasional cold with each other. Bonds are quickly built in this program and sharing is caring. 🙂

Here, Yohanes (Indonesia), a piano teacher, is attempting to share his incredible skills with Jaime (Mexico). Sadly, Jaime’s goal of going from “zero to hero” on the piano was not achieved yet. 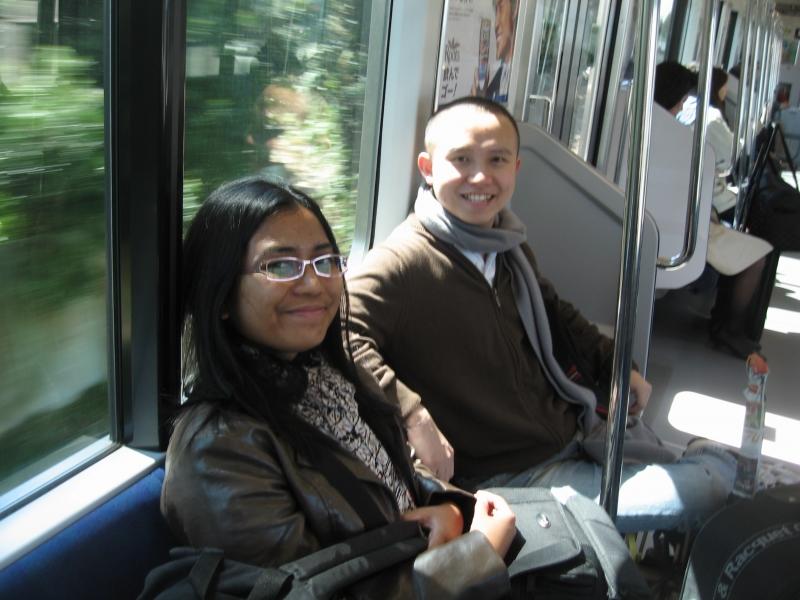 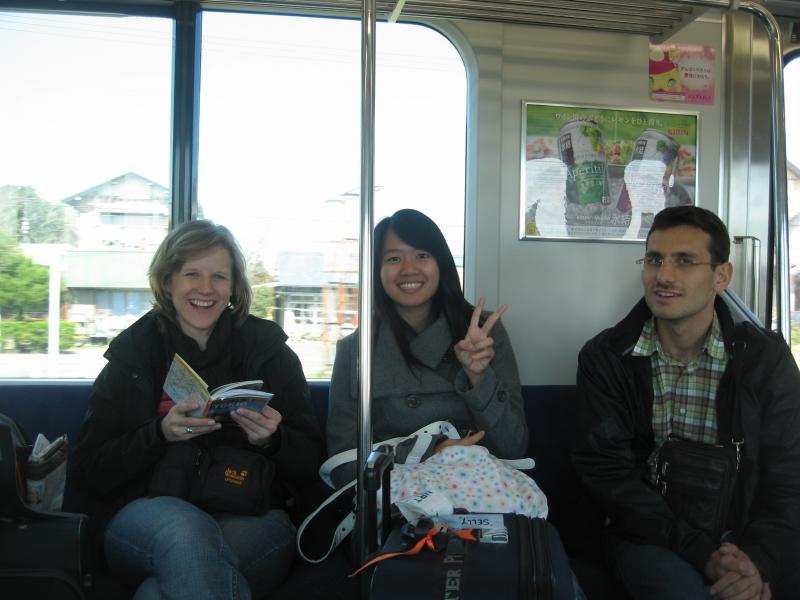 March 26th, 2009: A heavy dose of jet-lag, a strange country, and an even stranger guide. None of that could damper the excitement of the new participants to Session two of World Campus – Japan!

As the train rumbled toward Abiko, the looks of wonder and amazement never did fade from their faces. They were about to embark on a unique adventure in the land of the rising sun. The only concern they had related only to the navigation skills of their guide.

“Guang, are we going back to the airport!? Are you sure this is the right train?”

The risks they took were great. Trusting and following a stranger just because he is in a beautiful shiny World Campus – Japan jacket took tremendous courage! But such risk taking will be rewarded in the following weeks as they have the experience of a lifetime! 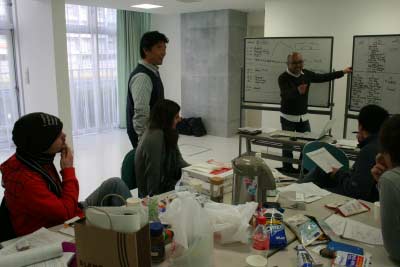 Powered by an assortment of snacks, pizzas, and non-alcoholic beverages, the staff was busy at work even during the three day break between sessions!

Our meeting included a self analysis of the current program. What was successful and what parts needed improvement. Such a critical self examination is crucial to the growth of World Campus — Japan.

“A two week session is easier to manage but the scheduled might be a bit compact because of time.”

Of course the logistics of the upcoming session starting in Abiko were also discussed in great detail.

“It will be difficult but we have to try our best to integrate the new participants with the ones returning from session one. Hiro will be gone but don’t PANIC!” 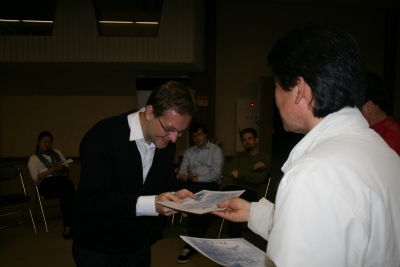 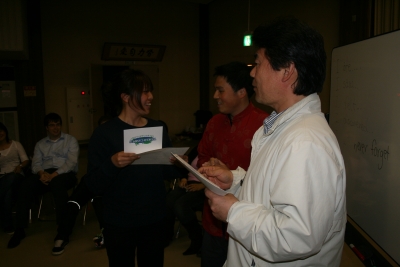 The end of the first session of the Spring ’09 tour also means the end of the journey for a few participants. Before they return to their normal lives however, a graduation ceremony was held in their honor. A certificate signifying the successful completion of the World Campus – Japan program was presented along with a highly prized “Thank You” card.

“You are all part of the World Campus Japan family now. You are welcome back anytime.”

Shihoko (Japan), Shoko (Japan), Herbling (Kenya), Eric (Luxemburg), Nozomi (Japan), Kyle (South Korea), and Lily (Denmark) thank you all for your great contribution to our program! Employ the skills learned from World Campus – Japanand enjoy success in all your endeavors!