One of the images that pop up in people’s minds when they think about Japan is Sumo. Although I had my reservations about practicing a sport with half naked guys trying to throw each other outside of a ring, since World Campus Japan gave us the opportunity the other guys and I went for it.

After stripping to our underwear we luckily got to wear tights, after which we got dressed by some of the guys helping out. Whilst the fundoshi, a kind of loincloth was quite comfortable at the stomach, many of us had doubts if we would still be able to have kids after wearing it. 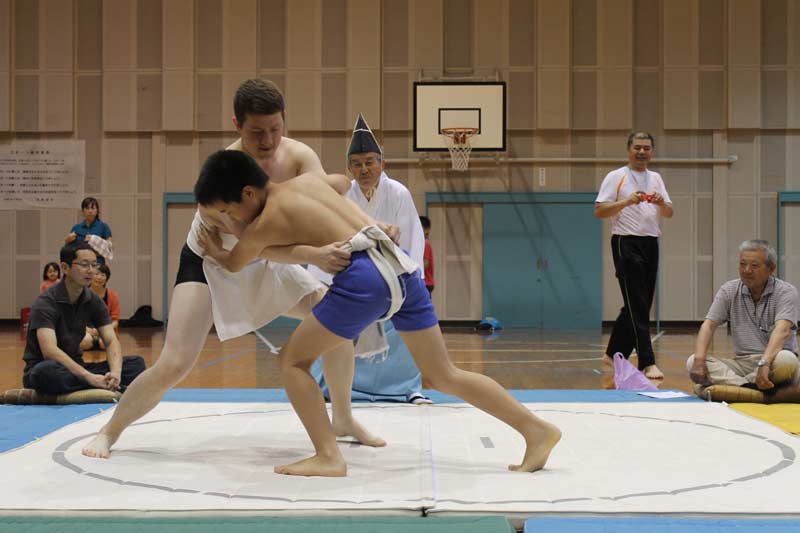 Sparring began with the kids versus the World Campus Japan guys. After pitting two and then three kids against our guys the kids decided to up the stakes and go with four and then five people against one to stand a chance, and actually win by rushing in and taking our guys out. When the kids were done we held a tournament with the six World Campus Japan guys and a surprise guest with the appearance of my host father. In the end Daniel emerged victorious after a vicious bull rush on my host father. 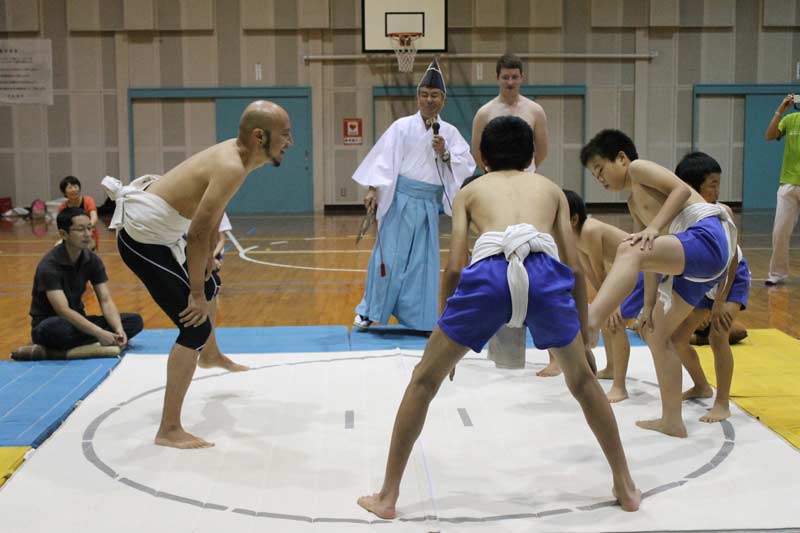 It really was a great experience to be able to practice sumo, not whilst wearing a sumo-suit but actually being in the proper get-up. Most important of course is that everyone had fun. The guys had fun playing and the girls, host families and kids from Kamiuchi elementary school had fun watching. To top it off, after the sumo was done we played some, almost customary, dodge ball with the kids after which we ate the curry rice the girls had made earlier. It was a wonderful start of our second day at Kamiuchi elementary school!