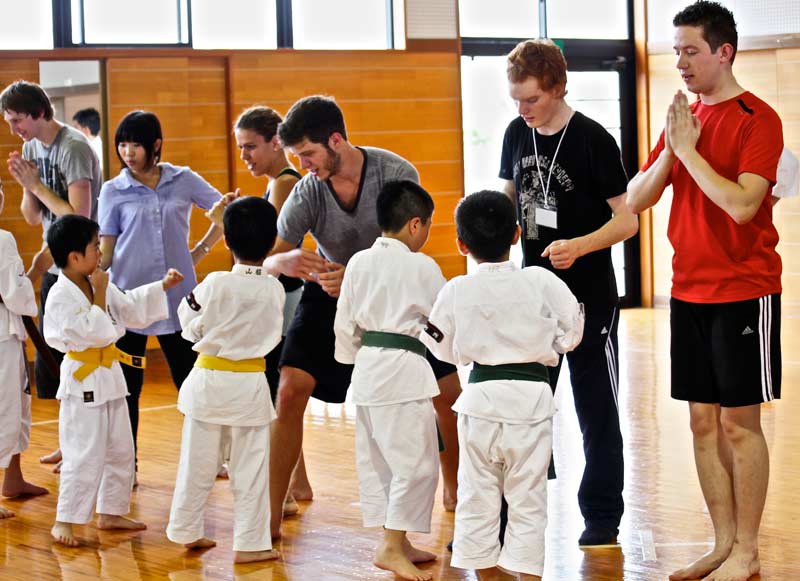 Doshin’s motivation for creating Shorinji Kempo was to bring the spirit of Japan back up after World War II. During that time in Japan the rules of society, the economy, and people’s hearts were in turmoil. Doshin So’s then awakened to the knowledge that “all things depend on the quality of the people who stand in the positions of influence.” He considered that to build a peaceful world “there is no other way than to cultivate, in as many people as possible, deeply rooted compassion, great courage, and a strong sense of justice.” This is just a small portion of Doshin So’s Philosophy to the martial art and Shorinji Kempo is now taught in over 34 countries worldwide and is growing fast. 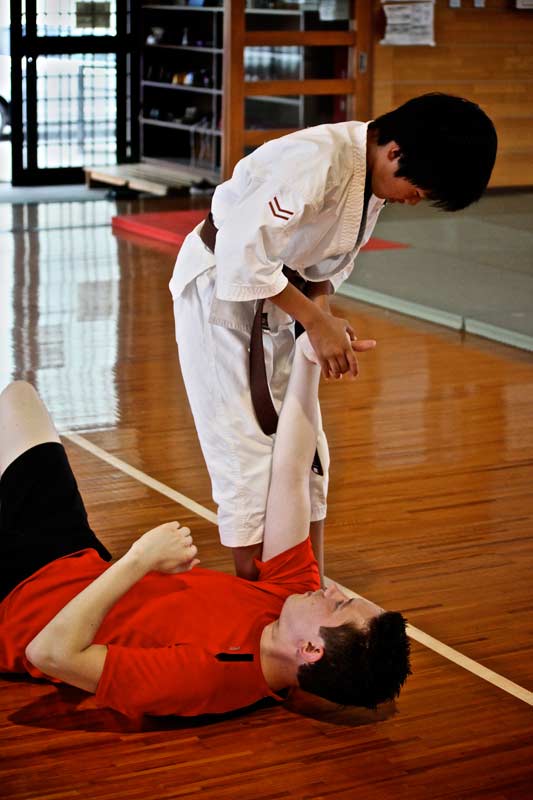 So after the verbal briefing now was the time to learn first hand some Shorinji Kempo technics (all are self defense based). At first seeing the groups of kids anywhere from 6 to 13 years olds that we’ll be sparing with I thought this shouldn’t hurt too much, about 10 seconds later I was on the group quite in pain and might have lost my confidence. Luckily I looked around and almost all of us from World Campus Japan were in the same position. It was great to learn the technic from the kids because of their great spirits and patience with teaching us. Not to mention getting thrown around by a boy half my size was very enlightening. It was a day filled with fun, learning, and much soreness afterwards. 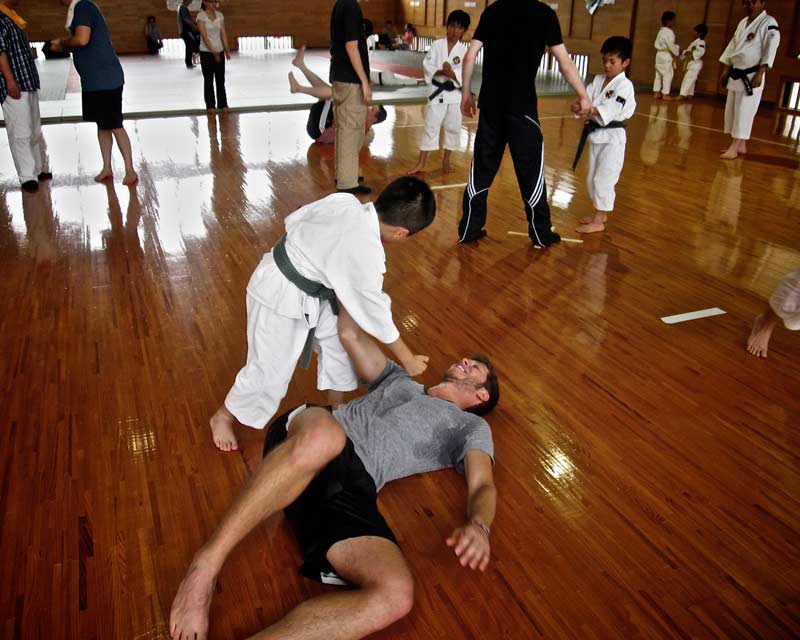