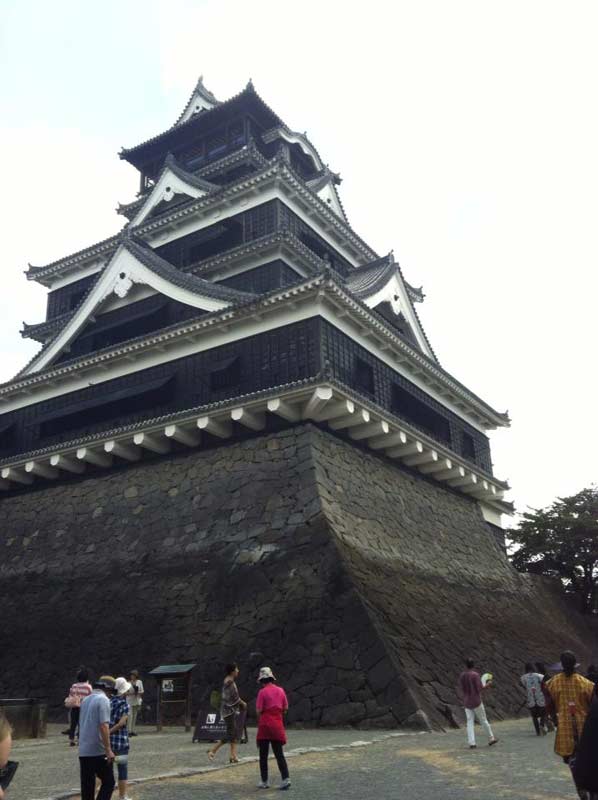 On the second host family day of the second session, Oda (from Norway), the Hamada family and I went to visit the Kumamoto castle. It was so beautiful! Apparently they had just renovated certain areas, which attracted many tourists. The view from the top floor was incredible; it was really interesting to see how one side of Kumamoto was a concrete jungle, and the opposite side was entirely covered in trees. We had a lot of fun taking pictures and exploring the castle.

After a 30-minute drive we arrived at the Aeon shopping mall, and it was huge! We didn’t have the time to see everything, but after a nice bowl of ramen and a few cute shops we went home to take a rest. It was really hot outside, so by the afternoon everyone was a bit exhausted. 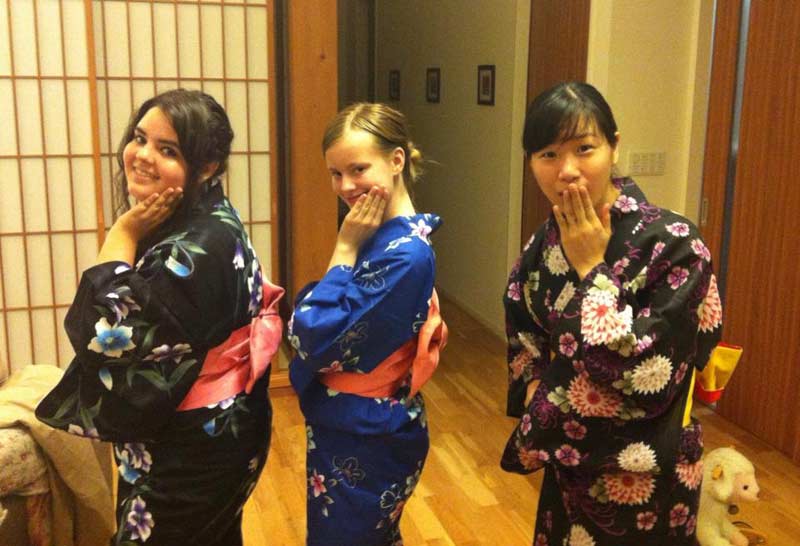 Later in the evening, after dinner, a friend of the family came by with a surprise; she used to be a Yukata-teacher, an thus she wanted to teach Oda and me how to wear Yukata. We chose our Yukata and helped each other in putting them on correctly. Once we were all dressed up our host family told us we could keep the Yukata as a gift; so generous!

We then went to eat some midnight icecream, which was a bit hard dressed in a Yukata, since it’s quite tight and heavy. But it was really nice, and altogether this day was a lot of fun. 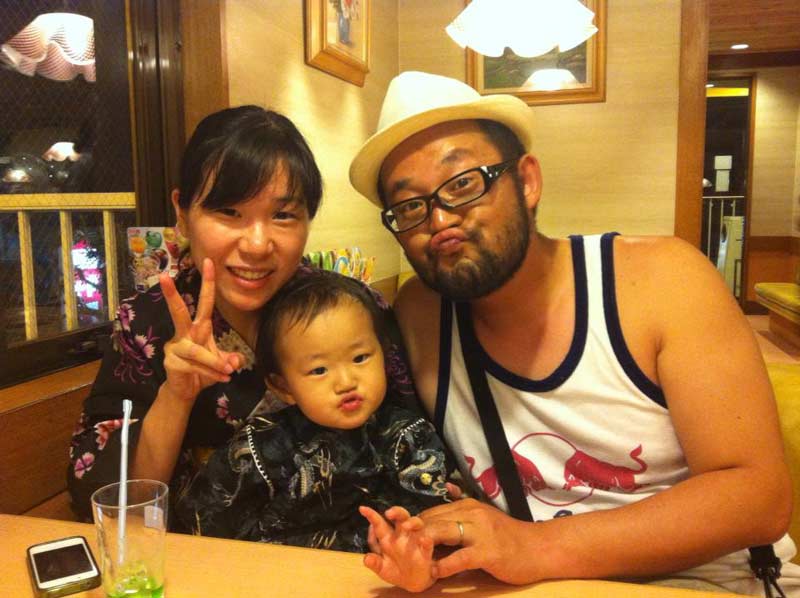 I really love host family days because you get to know each other better. You finally get to know the people you’re staying with, and they get to know their guest. Especially when you go shopping you learn what everyone likes or dislikes. We had a great time with the Hamada family, and hopefully we’ll see each other next year!