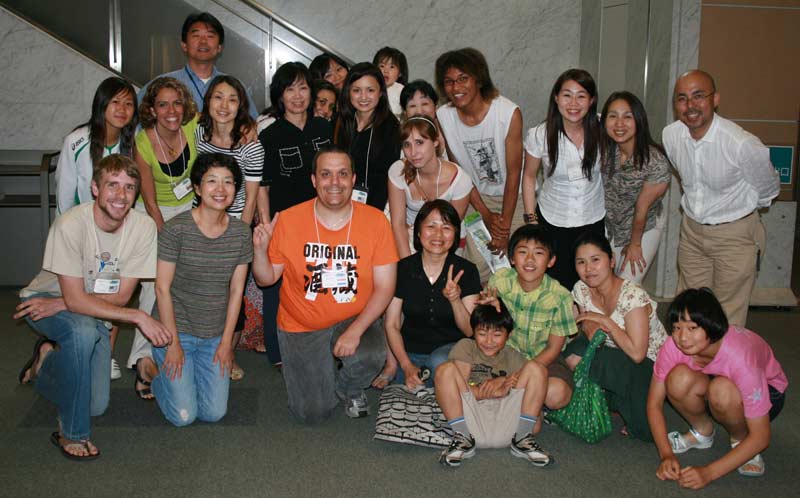 Hippo Club is a language club. Not one of those clubs where you go and try to learn a new language with no results… Hippo Club works!. Upon arrival in the city of Hiroshima, we were greeted by a woman that speaks about 7 or 8 languages. Again, she speaks the languages, not just hello, thank you and goodbye, she can speak the languages thanks to the Hippo Club, and there we were, feeling a little undereducated because we spoke only four, three, two or even just one language!

The World Campus – Japan participants had the chance to interact with the Hippo Family Club next morning; we played games, sang songs and had a great time speaking different languages, even the babies are learning a new language already. One of the babies couldn’t speak Japanese but greeted me in Spanish when I got there; I have to say, “It was pretty cool”. Hippo Club is not just an extra activity for a day or two a week, is definitely a lifestyle.