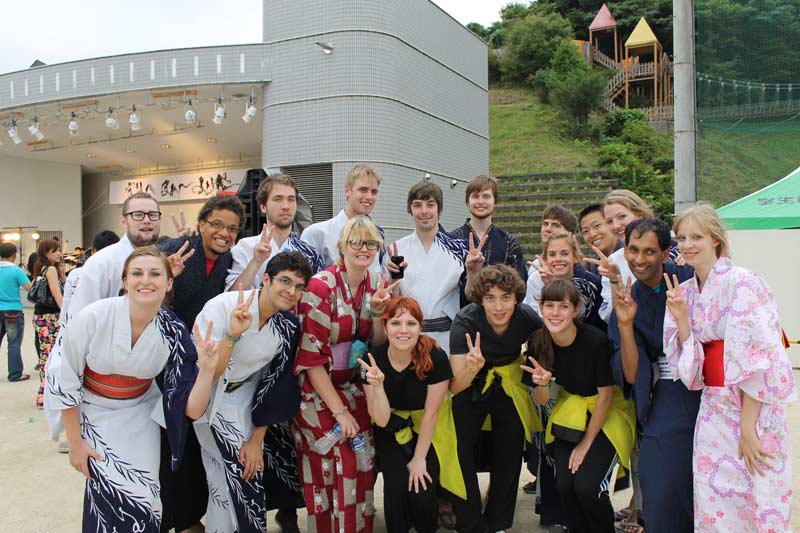 World Campus Japan is all about giving you an experience of being a member of Japanese society, on (mostly) equal footing with real Japanese people. In my mind, nothing accomplices this goal as effectively as helping to prepare a festival. You are right there with the Japanese, doing the same work with the same goal in mind. Specifically, our job was to put up tents for the booths. When there was nobody around to tell us what to do, I ran around looking for work on my own, mostly carrying stuff around for people.

The summer festival of Uda is in a typical format. It consists of a baseball court with a stage at one end and surrounded by rows of tents at the others, with a tower in the centre. The tents provide shelter for shops, food stalls, games et cetera. At the end of the festival, people dance around the central tower, a dance called bon-odori (lit. lantern festival dance). 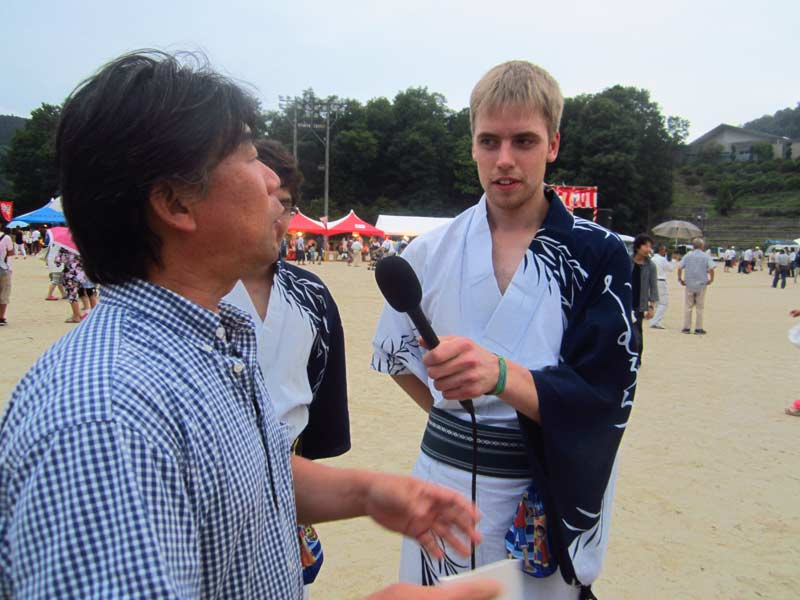 On the festival day, two other participants, Alvaro and Karo, and myself were followed around by a television team from a local channel, who watched us eat stuff and play games while interviewing us. They also filmed our pitiful attempt at bon-odori. 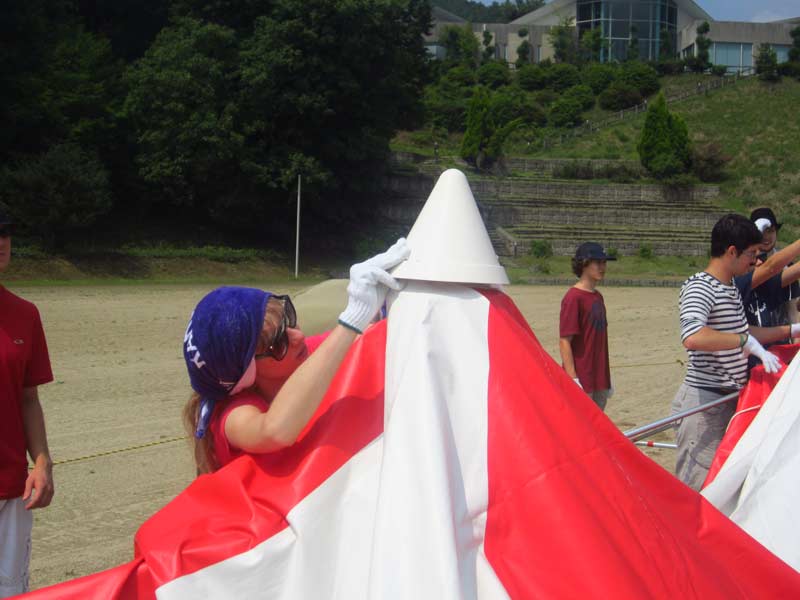 The festival ended with the most amazing display of fireworks I have ever seen. Shells were fired from less than 100 meters away and covered the night sky with light.

You can go to festivals as a tourist in Japan as much as you wish, but no festival will be quite as good as one you help make happen. It just makes me really warm and fuzzy when I think about how I made a real contribution, no matter how small, to Japanese society