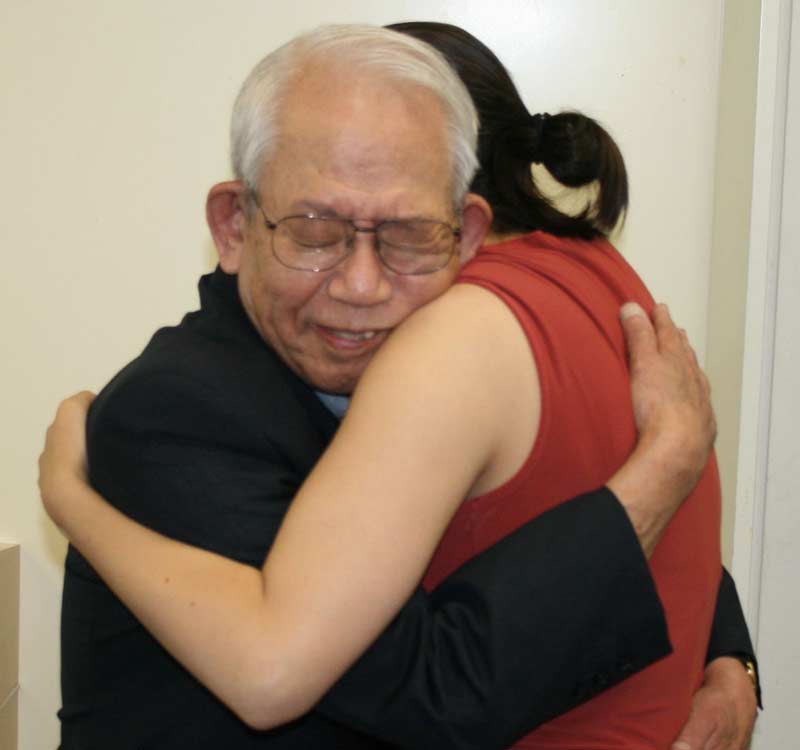 The Nagasaki Atomic Bomb dropped only 3 days after the Hiroshima Atomic Bomb and all the after effects of the bombs were not only negative. Even when it sounds really weird to say that a bomb can bring anything positive; in Japan, the A Bombs brought a really interesting peace culture for the country of Japan where people not only know about Nuclear weapons but they also know about the importance of Peace, promoting peace and understanding peace.

The country itself has 3 principles of peace: to not own, fabricate or permit the introduction of nuclear weapons. This principles not only contribute to the peace of the country of Japan, but it contributes to the promotion of World Peace.

The picture above is of a survivor we had the opportunity to speak with before we visited the museum, he is also someone very committed to the promotion of peace not only in Japan but around the world.

Session 2 of World Campus – Japan and World Campus International is also committed to peace. We offered 1000 cranes we made with our host families to be part of the effort they are making in Nagasaki to promote peace.