Sometimes communicating with elderly people can be challenging, but communicating with elderly people that don’t speak your language…now that be a little tougher. Well in the end it turned out much better than I thought. In Uda we were invited to spend the morning at a Japanese nursing home were we had the chance to interact and learn from elderly community members at a nursing home. After we introduced ourselves we found out for some of them we were the first people they ever met from different country which was a great opportunity to represent our countries. 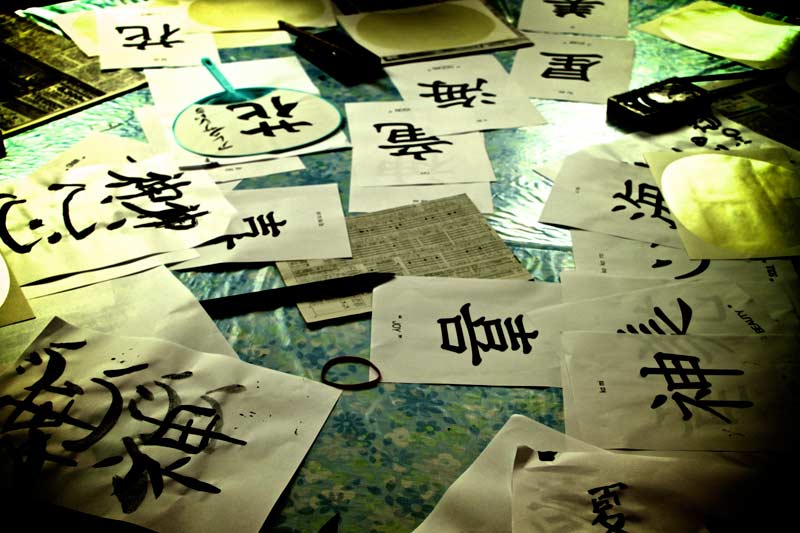 We started off by writing calligraphy kanji characters, mostly positive characters like; Love, Dream, Hope ect. It was a great chance to learn calligraphy but also to help the members. Because some of them were in wheelchairs or slightly disabled we helped them write the calligraphy by placing our hands over theirs and writing with them. It was a very powerful moment for the group of us. 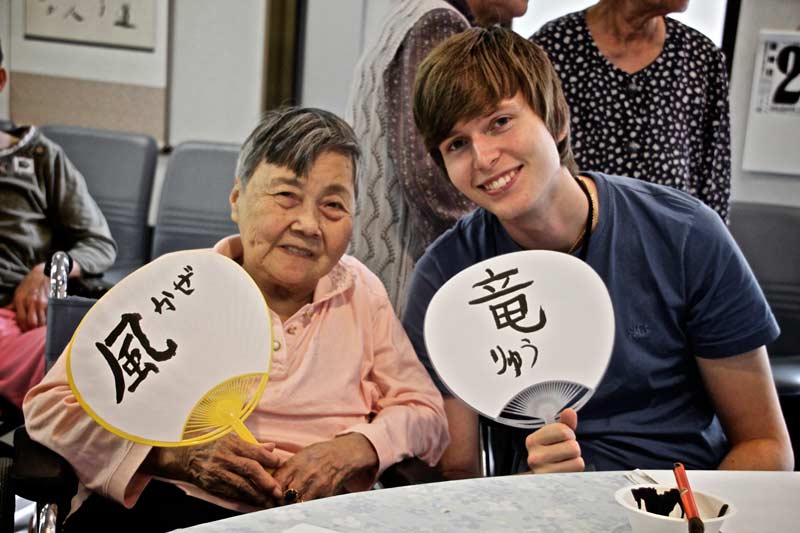 I think we originally planned on visiting the home and giving, serving, and impacting the community members but didn’t realize how much they would teach and impact us. When we said our goodbyes and it was very difficult for us, one of the women in a wheelchair probably in her mind 90’s took my hands and started to speak Japanese she then soon begin to cry at that moment language was no longer needed and I felt her embrace and energy and I know what she was saying was from the heart and she cared very much about the words she was saying even though she probably knew I didn’t understand. Luckily when she was speaking there was someone behind me that translated what she said. One of the things she mentioned was “Thank you so much for visiting us and spending you time with us all and I’m happy to have lived this long so I could meet you on this day.” It was a wonderful experience and its great to think that at age 90 people are still able to inspire and impact in this world! 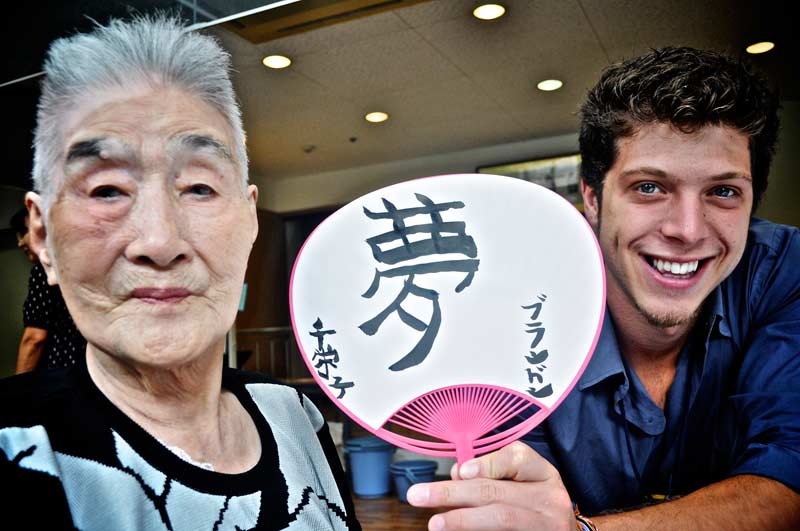