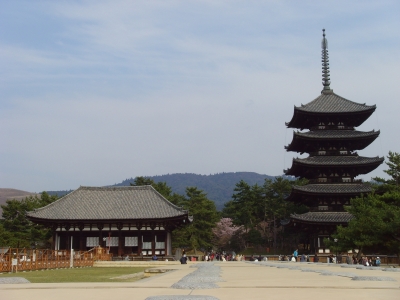 On March 24th, the World Campus International participants had a lecture about Buddhism by a monk (who was also my host mother) and then took part in a series of presentations and discussions organized by the participants.

In the lecture given by Ms. Okazaki, she explained to us her view of Buddhism. Quite a few of the participants from western cultures were surprised that Buddhism should be considered a religion because they had heard Buddhists say it’s more a way of life than an organized religion back at home.

We learned that there are a lot of different forms of Buddhism and the one she is practicing is called Nembutsu Buddism which is based on the teachings of High Monk Shinran (1173-1262).

Shinran spread the teaching of the Nembutsu. The preaching of the absolute power of the other, that one need only trust entirely in Amida Buddha. He focused on the forty-eight vows of Amida and if we have faith in Amida, we have already been saved.

Taking the Nembutsu as an invocation of gratitude to the Buddha, he categorically denied practices of one’s own power as superfluous. He preached absolute reliance on power of the other (= Amida), such that one is saved when one achieves correct faith.

Afterwards we had presentations and discussions on other World Religions. Groups of 4 to 5 World Campus — Japan participants presented a certain religion to the others so that everyone had a basic understanding of those religions in order for us to talk about them. Those religions were Hinduism, Islam, Christianity, Judaism as well as Buddhism.

Whenever possible in our discussions we did give people in our group who belonged to one of the discussed religions also a platform to explain their views of their own faith.

We also asked people about the stereotypes of different religions and discussed that some religions had bad media representation and can be misrepresented.

In this process we learned a lot about religions and how people from different ones can work together on a topic like religion with out having negative outcomes as seen so often in the world.
In the end we also gave people who are Atheist time to speak so they could share their views too.

After the discussions, everyone agreed that no one should have a bad view of someone because they have different faiths and that we should live together and respect other people’s values and belief systems.

It was a great day to be able to discuss a topic which is not easy in such a kind and friendly manner with people from all around the world including the local Japanese and we all learned much and did get a step closer to understanding global citizenship.

I wish that all religious leaders in the world could experience that what we did here in Uda City in Japan in our discussion about World Religions as it would really change their world as well. 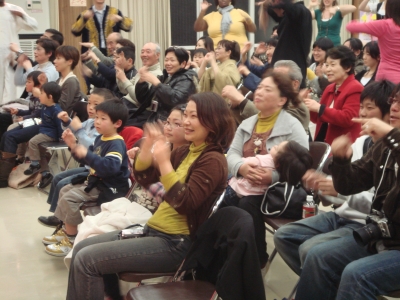 March 29th was a day filled with song and dance. It began on a wonderful note with a “Share your skills” session among World Campus — Japan participants, which included a beautiful Ugandan song by Stephen. As with all music, knowledge of the language is not necessary to be able to understand the passion and beauty of the piece. Thank you Stephen!

In the afternoon we had the privilege of participating in a concert in Uda city. The concert itself was headlined by Mr. Tomoya Takaishi. Truthfully, none of the participants had ever heard of Mr. Takaishi before, but he was once a popular protest song singers in the 60’s. Although he had retired from mass music business a few decades earlier to lead a quiet life, the cozy gymnasium was still packed to the brim with his adoring fans.

Mr. Takaishi was quite the entertainer, often encouraging the audience to sing and clap along to certain portions of his well-known classics. This tactic was rather useful in keeping World Campus — Japan participants alert.

The best part of the concert was certainly when the children’s choir from the local Music Village were on stage. Their performance was indescribably adorable, especially when they swayed in unison as they sang. かわいいですね！ (How cute!)

Although it was his concert, Mr. Takaishi was kind enough to invite us up on stage to accompany him for a couple of songs, as he thought World Campus — Japan is the “Wind” to bring positive energy to the local community, while the community being the “Soil” for the changes to take place in.

A few verses of the always cheerful, “You are my sunshine” rejuvenated us. And our international group’s singing of the chorus of “Hana”, a traditional Japanese folk song, amazed the elderly crowd. Our contribution to the community event was rather small but enjoyable nevertheless. I was even able to fight through legions of rabid fans to snag an autograph! 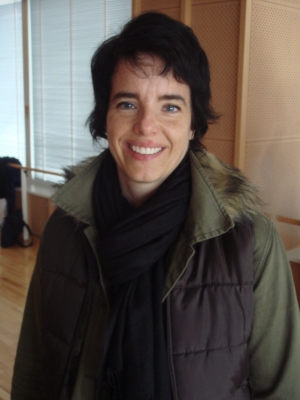 Our trip from Uda to Nara started with a 1.5 hour train ride in which we changed trains twice and luckily didn’t loose anyone in the group. We were guided by members of the Local Organizing Committee of Uda along with two volunteer tour guides who were happy to share information and stories along the way.

In Nara, we were welcomed by the unusual sight of tame deers who were quite friendly and were waiting to be fed in exchange for a Japanese style bow! Afterwards we saw a variety of Buddhist temples that are registered on the UNESCO world heritage list. The highlight for me was the Todaiji temple, which is one of the oldest wooden buildings in the world, containing an antique sitting Buddha statue – which raised the question – How did people constructed this piece of art back in 752 AD?

Our guides helped us to understand the basics of Buddhism and the way people integrate this religion into their daily life. I found it difficult to really understand – especially in comparison to other religions – but everything I heard made me curious to learn more.

Afterwards we had the chance to visit a Shinto-shrine surrounded by thousands of stone lanterns and hear about and see the rituals and rules of Japanese people practicing this belief. What really impressed me was that in the shrine area you would never cut a tree as every living being is worshiped in its own way – that’s why you could see an old tree integrated into buildings instead of being removed for the construction of man-made structures.

Sitting in the train on the way back, I was still impressed and curious to find out more about these two religions, coexisting and so well integrated into the every day lives of most of my Japanese host families.

This is the Slideshow of our time in Suita City during our Feb. 2008 Tour! 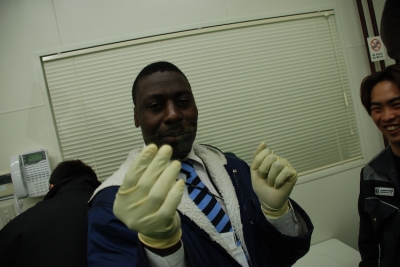 The city theme for Suita was globalization and I found it to be particularly interesting because it connected with WCI’s main mission of creating global citizens. Suita city itself is very urban and the participants were excited to explore what the city had to offer.

Upon our arrival in Suita city, we were welcomed by the city mayor, Mr. Yoshio Sakaguchi. He brought warm regards on behalf of the citizens and welcomed us to the city during an exciting time of year as the World Expo memorial events were taking place during our visit.

Early in the week we were able to visit two companies. One group of participants visited an egg company while the other group visited a noodle company. Both groups had unique experiences interacting with the staff members in each company. This was an exciting opportunity for both participants and the company staff as we introduced our theme of globalization. We were able to exchange ideas with management and staff on various topics relating to globalization and its effects on businesses across the world, for example, economics and global warming.

We also had another unique opportunity to visit the Asahi beer company. We were able to tour the company observing that the company was very effective with waste management, recycling nearly 100% of all the products they use to manufacture their product. It was also a great opportunity for the participants to inquire as to how Asahi is currently handling the issue of globalization. This experience was meaningful because it was held after our internal group discussion about globalization where members shared their thoughts about developed countries opening up for developing countries in order to have a share in globalization.

Additionally we spent another day visiting two very different companies in the city; the Mitsubosh Diamond Company and Asahi Broadcasting Company. The diamond company expanded our view as we observed their practical approach to building networks across the globe. We had a lot of interaction with the employees there and that helped us to further understand how companies in Japan approached globalization. For added experience, participants were able to use public transportation for the first time on the tour as a means of understanding how transportation systems work compared to those in their home countries.

Our participants grew a lot from the interactions that they had with the companies as well as host families in our globalization-focused stay in Suita city, Osaka.