Today was another famous host family day. After a good nights sleep until late in the morning the whole family sat at the dinner table eating their delicious breakfast. During this nice Japanese style breakfast everyone was counting down until the afternoon in which we would go karaoke and while counting down discussing what songs we would sing. We left the house around half past 12 heading towards the karaoke place. Most of us had already digested our morning meal and as such we first headed for a place to have lunch. Upon arrival we immediately knew we were gonna eat ramen due to it’s distinctive smell. Though the smell might seem a bit odd to us foreigners the ramen was incredibly tasty. With our bellies full we arrived at the karaoke place called ‘paradise’. A place with such a name must be fun! With this idea in mind we entered our karaoke rooms and even the room itself, shaped as a cave, was cooler than imagined. 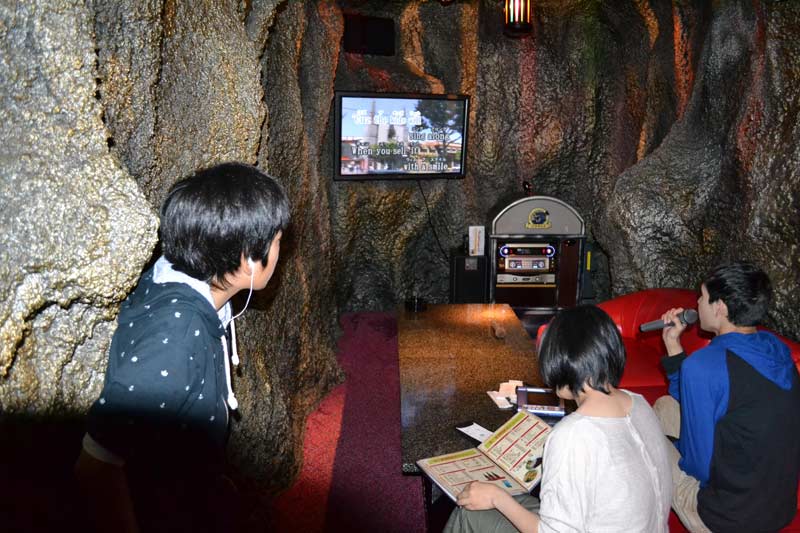 Singing songs in both English and Japanese the men enjoyed their beers and the women and kids kept drinking sugar filled drinks such as melon soda. After singing a few songs we personally liked, we started singing duets as well. This was really good for bonding with our host families and everyone tried their best to sing as good as they could! Everyone’s singing talent varied between normal to really good, with our host dad being extremely good at singing! After more than an hour had passed AKB songs started showing up in the karaoke list and we all sang them together! After a lot of fun and nice drinks our time ran out and we had to decide on dinner.

I had never eaten shabushabu before so we decided to go to a shabushabu restaurant. Because the system allowed us to eat as much as we wanted within 70 minutes for a given price we ordered mountains of meat and other food and started boiling them in the various types of boiling fluids in the pan on the cooking pit before us. Upon taking my first bite I was so happy we had chosen to go here, for it was extremely tasty as well as an extremely large amount. As a dessert we really wanted to eat ice cream. The problem was we had to make it ourselves. Somehow it seems Japanese people are good at anything, because our younger host brothers’ self made ice creams were really pretty and ours, the foreigners’, were totally ugly. Kyle, one of this years’ staff being hosted in the same family as me, actually needed a cup to support the ice cream on his cone as to not to collapse. 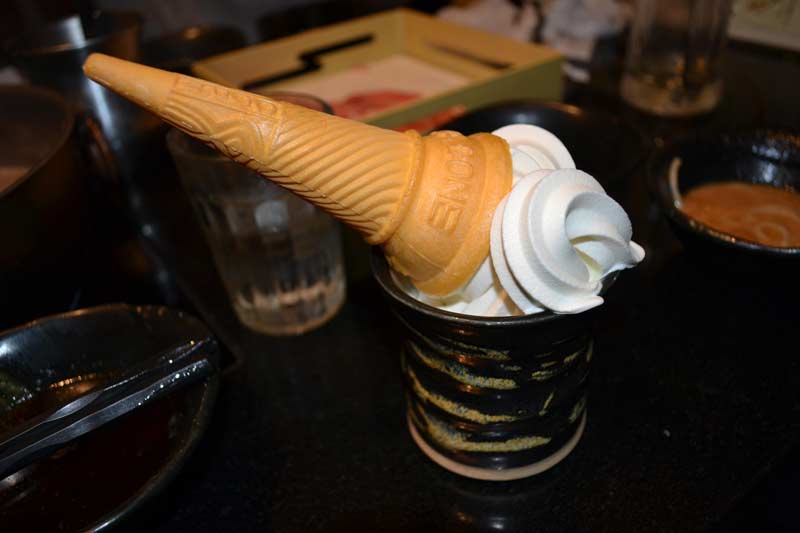 It was really fun and despite their ugliness the ice creams tasted really good! To summarize, this host family day was once again one of the best days in my life.