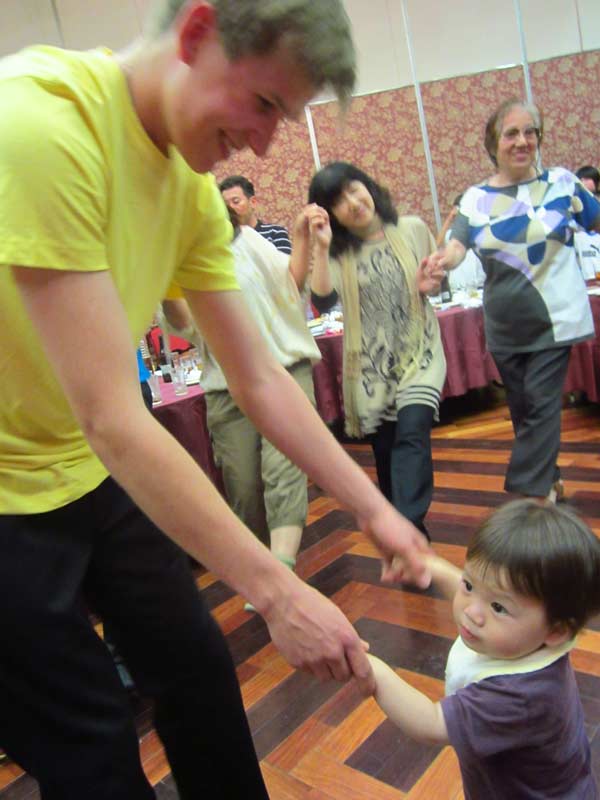 To say that the Arigatou event day was hectic, I think nobody will dispute. The visit to Takematsu elementery school alone is a story in of itself. Keeping on topic I was very unsure about what to expect from the Arigatou event, as we used almost the entire first day in Omura to practice the dance alone, making it seem like a really serious performance, demanding perfection. Much to my relief we were assured throughout the week that the first and foremost goal of the event was to bond with the local community, and try to give something back. So when the curtainfall drew near, changes were still being made to the program. I understood that what mattered most was to make the best use of the diminished time we had, due to a thight venue schedule, and do our best to connect with the local community. 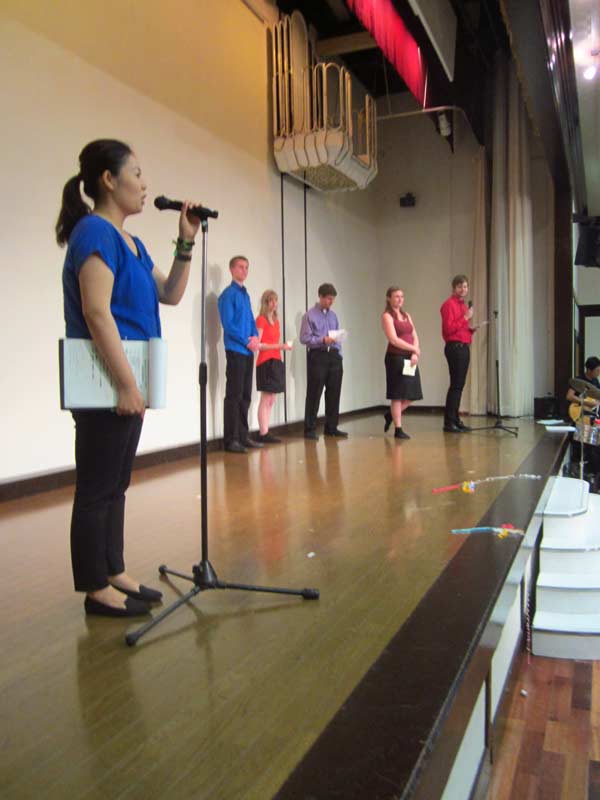 When the doors was opened, I was still a bit unsure about how it was going to go down. Then when I was suddenly called to the stage with Marijke and the birthday song started playing, my thougt was that there had been some mixup, and the entire event would start off on the wrong foot. However, as it turned out the LOC had discovered that the two of us recently had our birthdays, and sectretly planned to celebrate this with cake and presents, and that the celebration for Daniel and Ola siblings still was going as planned. After my confusion faded away, all there was left to do was to enjoy the evening. And what an evening! We had delicious food, lively performances, a first class band, and most of all; awesome people! I for one had a great time, and I truly believe that I wasn’t alone in that matter!!! 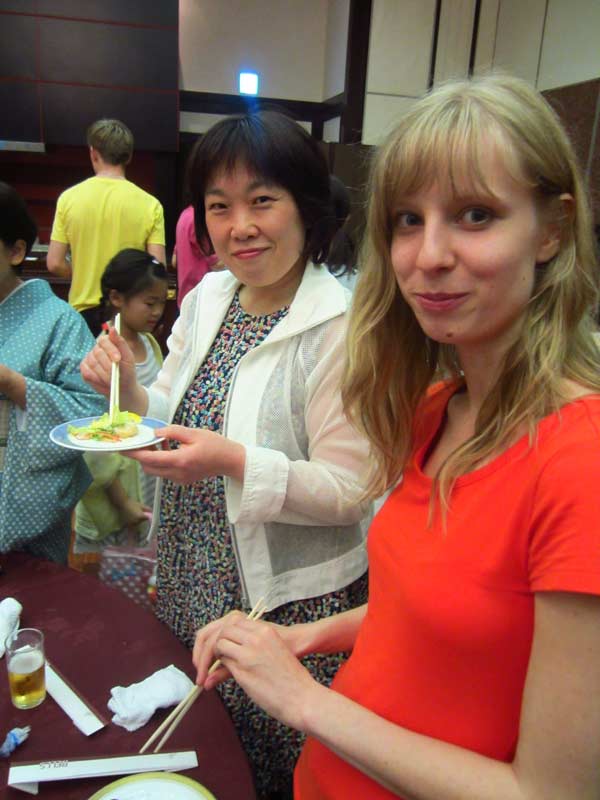