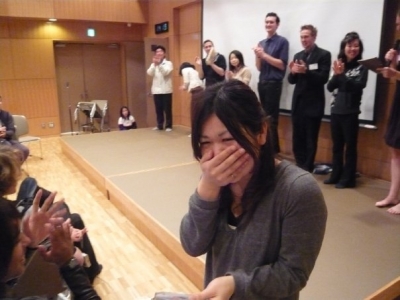 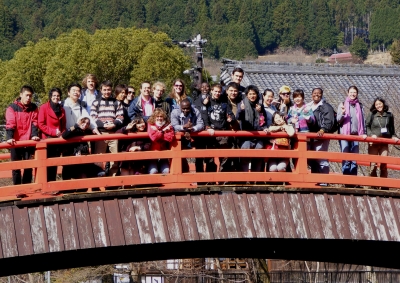 This is the City Slideshow we made in Abiko City! 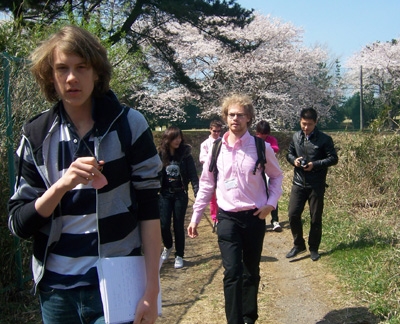 As you know, in every city on the World Campus — Japan tour, we have a city theme. The theme for Abiko city was the environment. This is an issue that I feel very strong about but the topic is also quite broad.

When thinking about the environment you can talk about nature itself, but also the animals in nature on a more local level. But the environment can also be discussed on a more global level too; which today more or less means the discussion about global warming and the future that lies ahead of us. A discussion involving the life we want to leave for future generations and the ethics and morals around it.

With all these levels in this theme in mind, Abiko City and World Campus — Japan chose to focus on a few of them.

Our stay in Abiko contained visiting a bird and water museum but we also explored nature around Teganuma lake. We even had a speaker at the community music event talk about global warming and the responsibilities of the richer countries in the world to take actions. An interesting point he made is the definition of a developed country. Is a developed country definition only based on economy or can the environment have a bigger say here? If we take the environment in consideration then very few countries are really developed.

By visiting the bird and water museum we had the opportunity to visit the nature around us and how human activity affects the environment we share and love.

Also in the water museum we learned how they cleaned the water from pollution as this lake that was the dirtiest in Japan for 27 years. Though they suddenly changed their mindset and began a cleaning process making the lake cleaner and more beautiful.

I also had the opportunity to present my passion to the group as a follow up on the movie we saw the week before. As a continuation on “An Inconvenient Truth” which portrays the problems more than the solutions, I therefore decided to make a PowerPoint on what you can actually do and the difference it makes.

I tried to focus on the solutions giving the most impact. Of course recycling, less waste and less consuming and energy use was at the top. But also things like eating less meat and changing your way of transportation makes a bigger impact using little tools.

The most important thing in my opinion is to see the connections for example that what you do has an influence on your surrounding. Chemicals as an example will never be reduced if we do not start to use less of them and reducing their quantity in the environment. But also informing others and creating awareness about the problem is 50 % of the job since alone we are limited but together we can change, as cliché it may sound it is still true.

But if you want to make changes then make changes you are comfortable with in order to make a long-time commitment and change.

A great week with many sources of information and activities, it was a wonderful conclusion on our amazing stay in Japan with a great foundation in becoming World Citizens. ExxonMobil – a global company. Many of us have heard from the newspapers or from television about this company and the picture I got was very blurry and confusing. The only fact that was reliable was that ExxonMobil is one of the largest oil refineries.

On April 11th, we got the chance to not only visit and learn about ExxonMobil in Tokyo, but also got to know the U35 members. U35 is an interdepartmental club within the company which organizes various activities among the younger employees, and also a host of this internal exchange day with World Campus International, Inc.

Immediately after we entered the building, we had a warm welcome from ExxonMobil representative Noritada “Ted” Agatsuma who introduced the company and the schedule for the day. Through the various team building activities led by our guest facilitator Jin Kawamura, the World Campus — Japan participants and the ExxonMobil U35 created a comfortable atmosphere for everyone to discuss and share their thoughts.

Then an intercultural training game revealed the fact that people form rules and habits, but when two cultures come together it is necessary to form a new set of rules , a so-called 3rd culture, that we had already done in our World Campus — Japan class!

The dinner party was a complete success; we enjoyed the wonderful meal, talked to our new friends and collected a lot of good ideas and impressions about the day from our group presentations.

Hopefully this event may continue in the future, it was one of the most impressive learning opportunities during this tour in Japan.

This is the Slideshow of our time in Uda City during our Feb. 2008 Tour!